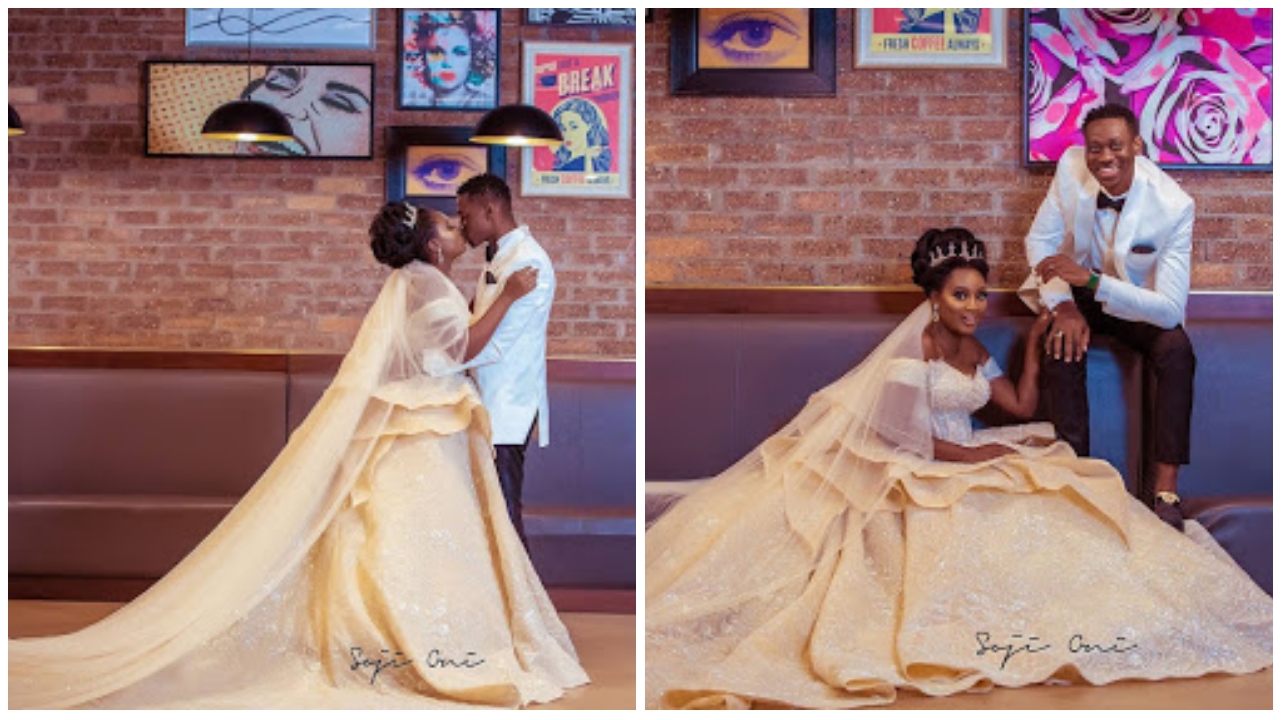 Recall that wedding photos of actress Adebimpe Oyebade and actor Lateef Adedimeji surfaced on social media a few days ago, which left many of their fans confused.

Well, Bimpe has now revealed all there is concerning the viral wedding photos of herself an fellow actor, Lateef Adedimeji as she stated that it was a promotional shoot and not a real wedding.

In a chat with City People, Bimpe said

Confusion as photos of Adedimeji Lateef and Adebimpe Oyebade…

“I wouldn’t deny the fact that we are close, he is my best friend it’s normal for people to assume a lot because we always act together people cast us together and even in my own project I usually cast him.

I’m a filmmaker and a story maker, film making is my passion and he is good, so, you always find him in my production.

I think it was the fan that came up with the story “you guys are good together, you guys are compatible and so on”

But there is nothing between us we are just friends.”