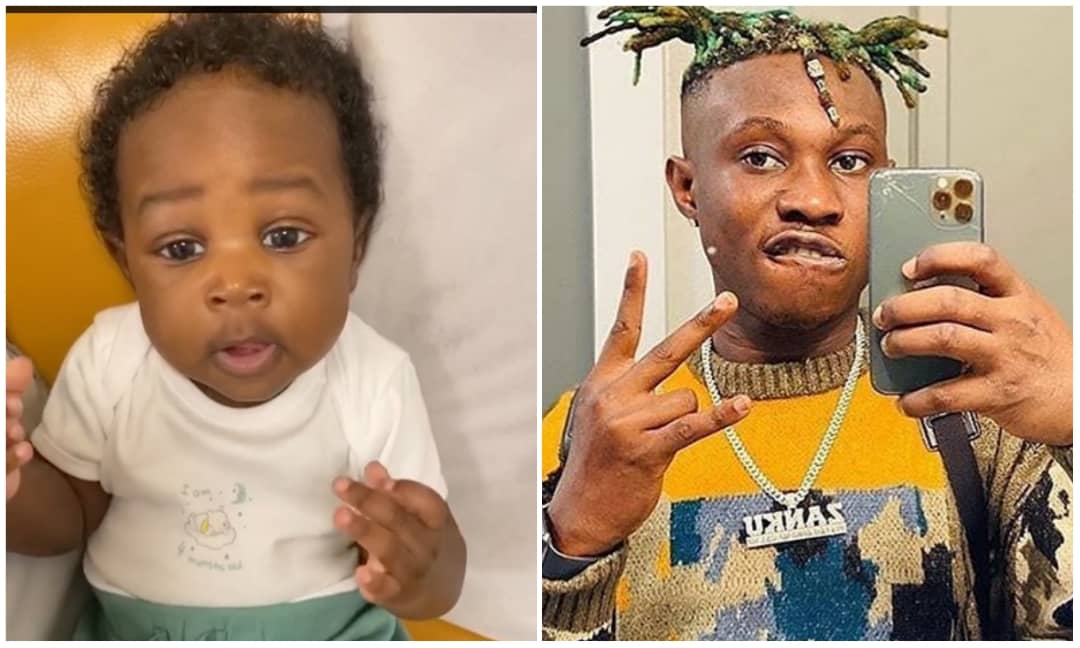 Talented rapper and singer, Zlatan Ibile is not taking the role of fatherhood for granted as he continues to gush about his son.

It would be recalled that Zlatan Ibile welcomed his bundle of joy with his girlfriend some months ago and have always been consistent in showing him off on social media.

The award winning rapper have now taken to his official Instagram Page to bless the face of his fans and followers with an adorable video of his son who is gradually becoming a big boy.

Zlatan Ibile advises single ladies to dump any boyfriend who…

Zlatan Ibile made sure all eyes were on his page as he captioned the video with a
message to all young girls in the country.

Sharing the video, he wrote:

“Chai GIRLS ARE IN TROUBLE SEE AS YOU FINE TOLU 😋”

See also: Lagos Governor, Jide Sanwo-Olu to meet little boy who asked his Mom to “Calm Down” in viral video

Lagos Governor, Jide Sanwo-Olu to meet little boy who asked his Mom to “Calm Down” in viral video