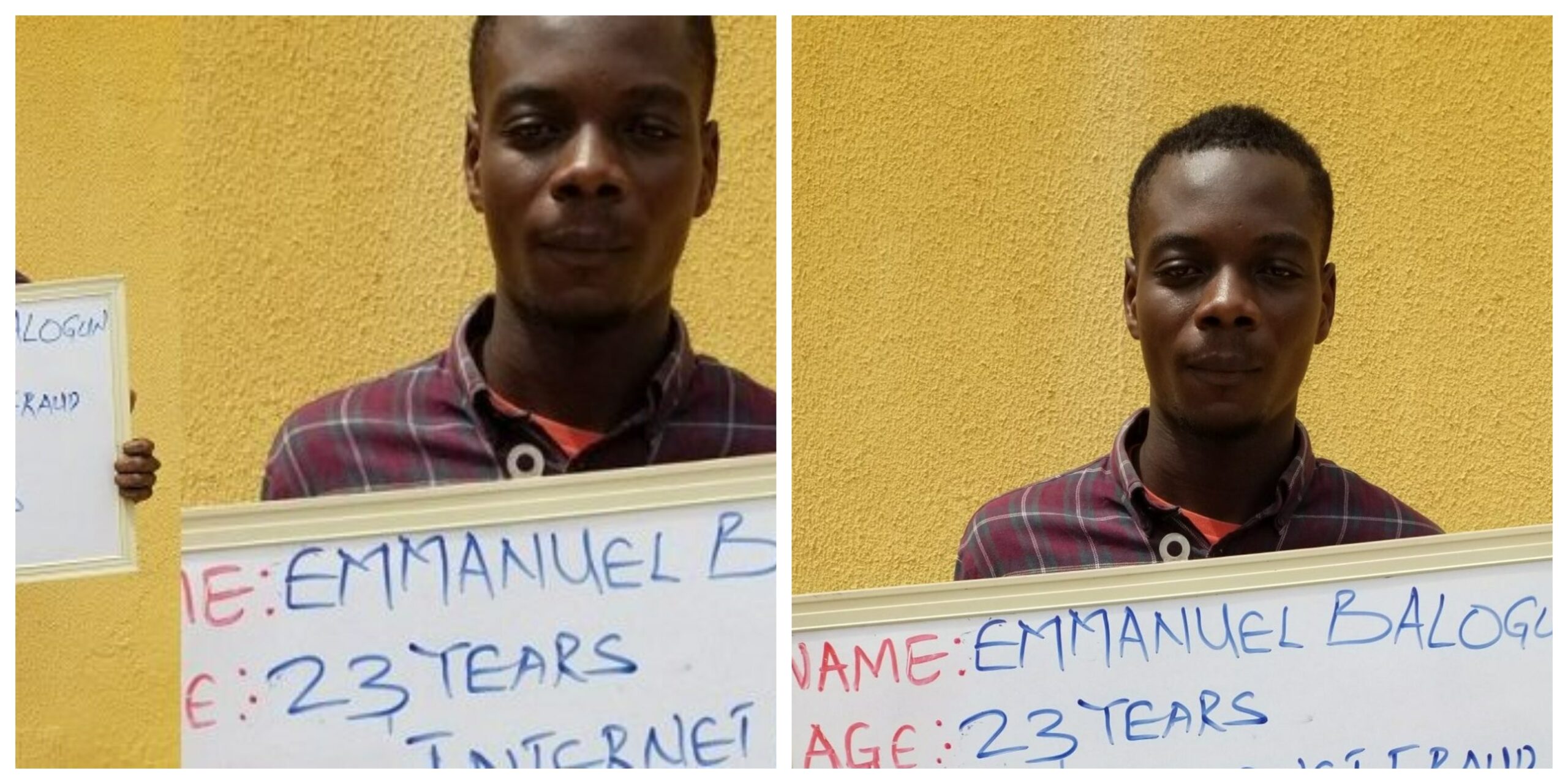 The Ilorin Zonal Office of the Economic and Financial Crimes Commission (EFCC), has convicted one 23-year-old Kolade Emmanuel Balogun, who was charged to court for offenses bordering on internet fraud and sentenced to control traffic. 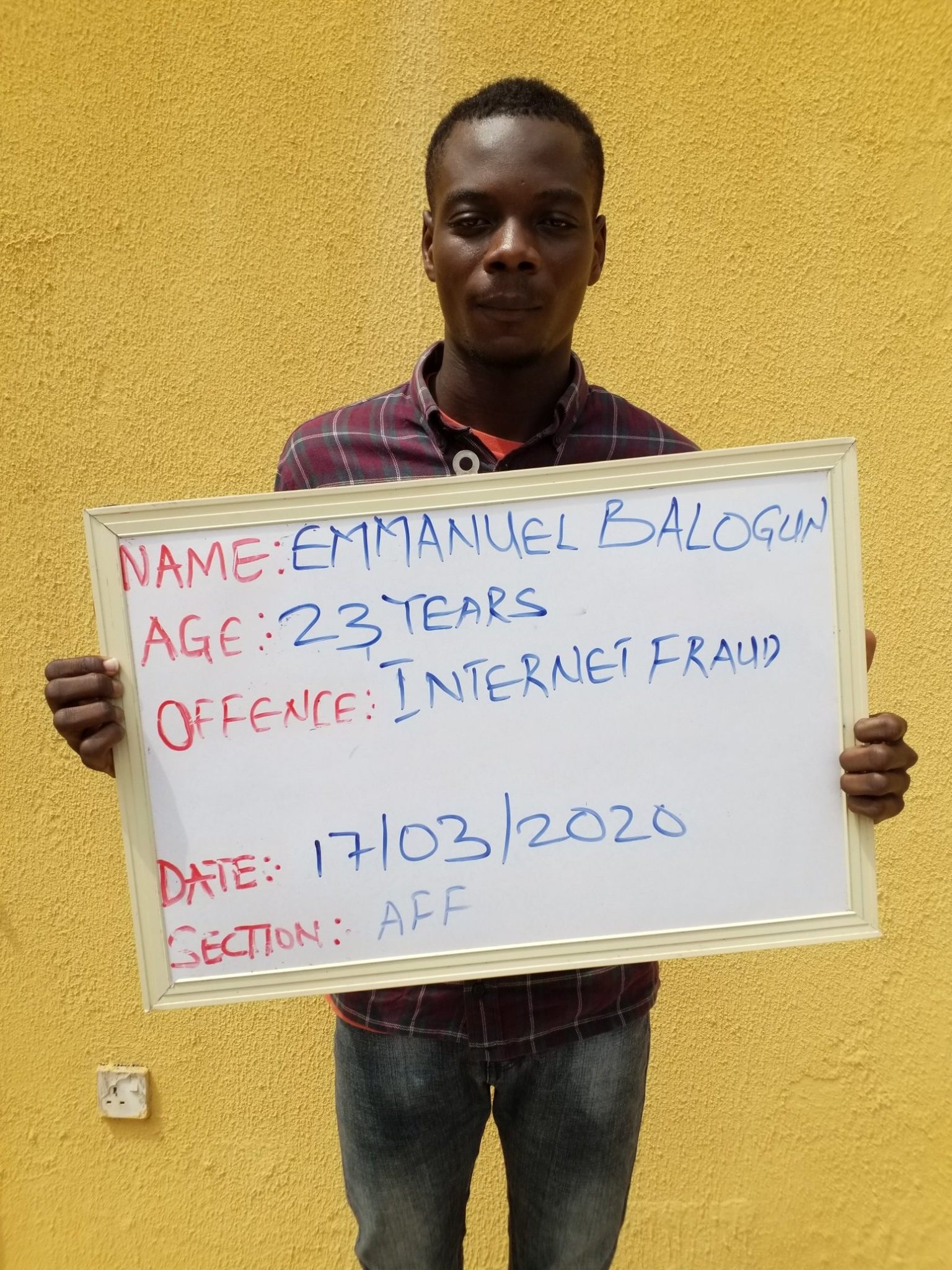 The charge against the suspect read;

EFCC arrest man who bragged about hacking over 1000…

“That you, KOLADE BALOGUN (a.k.a Willam Davis, alias Behemoth) sometime in March 2020 or thereabout at Ilorin, Kwara State within the jurisdiction of this Honourable Court attempted to commit an offence of cheating by impersonation, pretending and representing yourself to be a white man called Willam Davis, alias Behemoth to an unsuspected white woman on dating site called SeekingArrangement as it is contained in your Gmail account: [email protected] and thereby committed an offence contrary to and punishable under Section 95 of the Penal Code Law of Northern Nigeria.”

The young man was found guilty of the charges against him after being arraigned before Justice Sikiru Oyinloye of Kwara State High Court sitting in Ilorin.

The Ilorin Zonal Office of the Economic and Financial Crimes Commission (EFCC) on Thursday, August 13, 2020, secured the conviction of one Kolade Emmanuel Balogun for internet fraud. pic.twitter.com/yw6tuwsPmJ

The judge ordered him to pay a fine of N50,000 and control traffic at a junction behind the Kwara State Ministry of Physical Planning for three months commencing from August 17 to October 17, 2020.

He also ordered that other items like phones and laptops recovered from him, should be forfeited to the Federal Government.

Davido’s PA, Aloma fires back at Israel for announcing that he has been kicked out of DMW