Barcelona put entire squad up for sale except 4 stars 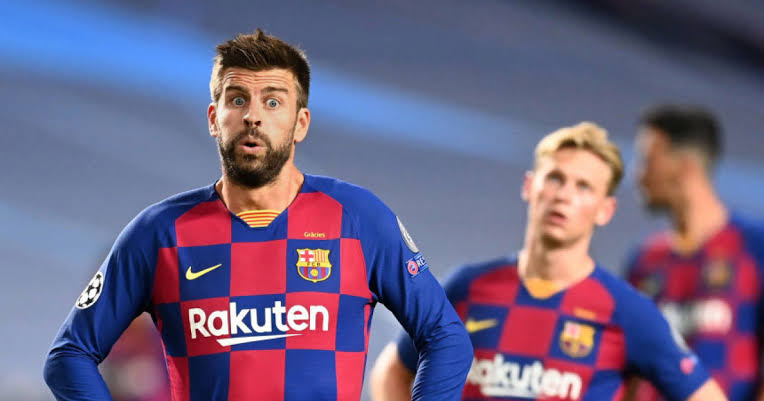 According to the reports, Barcelona are planning to offload most of their players following an embarrassing defeats in Champions League over the weekend.

The Catalans were hammered 8-2 by German League champions Bayern Munich at the Estadio da Luz.

Philippe Coutinho and Thomas Muller both scored two goals each, while Ivan Perisic, Serge Gnabry, Joshua Kimmich and Robert Lewandowski all scored one in the game.

Barcelona reveal name of the player they will sign as…

The defeat gave credence to the fact that most of Barca’s players have passed their peak with central defender Gerard Pique opting to leave if necessary.

Pique said after the defeat: “This club needs changes, and I don’t mean the manager, or any specific players. I don’t want to single anyone out. It needs changes.

“This is the bottom. We have hit rock bottom.”

The Mirror quoting Sport claim the Spaniard is one of the players on the list of stars the Camp Nou outfit will show the exit doors this summer.

Only the captain Lionel Messi, Marc-Andre ter Stegen, Clement Lenglet, and Frenkie de Jong are the players to have escaped the mass sacking.

Barca were already looking out for bids from prospective clubs for the services of Samuel Umtiti, Ivan Rakitic and Arturo Vidal.

However, they are ready to offload all their average players including Pique, Jordi Alba Sergio Busquets and Luis Suarez.

Although, they already know they will have to let them leave for reduced fees given each player is over the age of 30.

Several of the club’s promising youth players will also be retained in addition to the four senior stars mentioned.

Ansu Fati, Riqui Puig, Pedro and Francisco Trincao are all expected to have bright futures and Barcelona will now step up their bid to bring them up to speed at senior level.

Ghanaian singer, Mzbel exposes pastor who wanted to pay her to plan a fake prophecy with her