#BBNaija: Carrying mop on your head like a clown – Erica calls out Lucy (video) 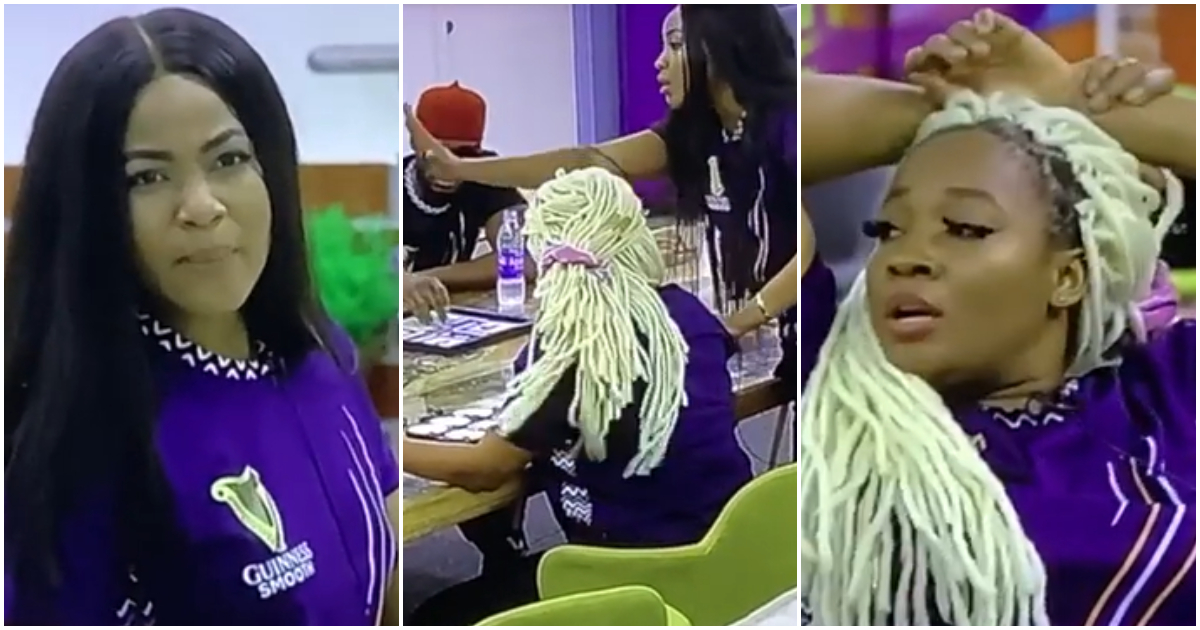 The new Head of House Erica has started her week with a with fellow housemate Lucy during a game in the house.

The drama started after Lucy made a statement which Erica asked her to explain for better understanding as she felt it was an indirect message to her.

Lucy said something about Kiddwaya being the neck and if it doesn’t turn, the head would not turn also.

Are you shipping? Reactions as Timini Egbuson shoots his…

When Lucy said that there was no underlying meaning to what she said, Erica went off on her and told her that she has issues with her.

While Erica ranted on, Lucy kept on laughing and playing her game.

According to Erica, it isn’t the first time Lucy was making statements about her and she decided to keep quiet. The Head of House noted that Lucy had been subbing her. She dared her to say things to her face if she has the balls to.

“What do you mean KIDD is the neck, if it doesn’t turn, the head doesn’t turn? You’ve had issues with me today. You probably have brain problems. You have issues with people in the house because of the way you talk! Are you okay?! You’d better shut up,” Erica said to Lucy