#BBNaija: Kiddwaya’s Dad, reveals son and Erica would have 2 luxury Versace weddings as he gives his blessing (video) 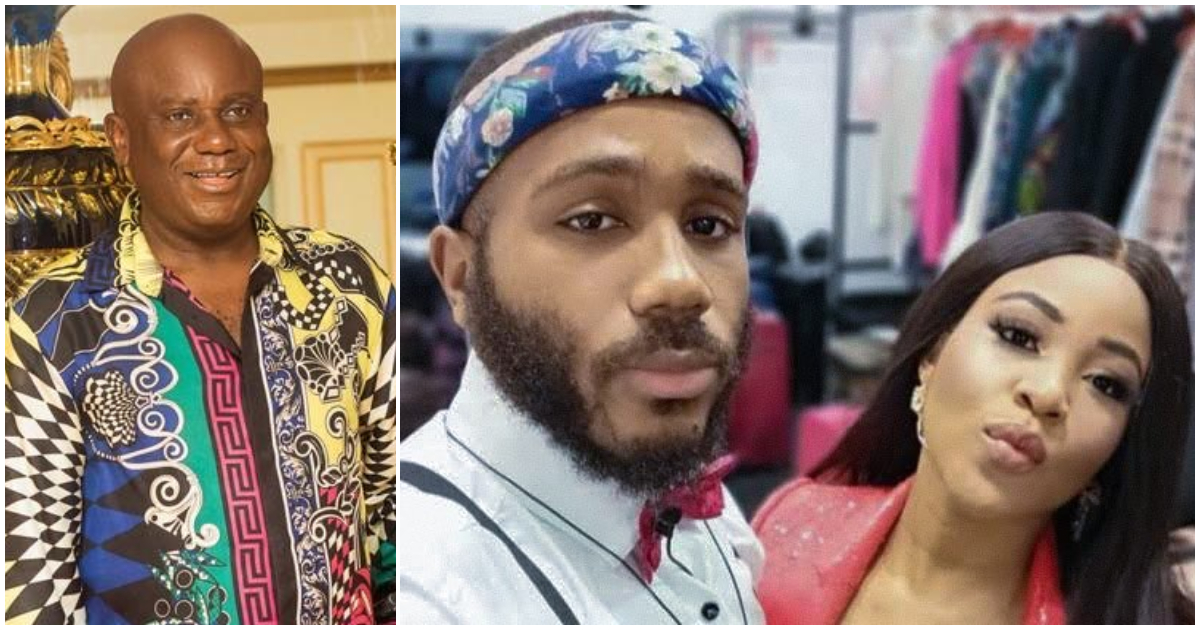 It looks like BBnaija housemate Erica could end up becoming a part of the Waya’s family after the show.

This comes as Kiddwaya’s billionaire father Terry Waya seemed to have consented to her relationship with his son.

Erica and Kiddwaya’s relationship is one of the popular and most-talked-about in the BBNaija Lockdown show.

In fact, the fans of the two housemates have come together to show support for them while looking forward that they continue their relationship outside the house.

Kiddwaya’s billionaire father seemed to have this same school of thought as he recently stated that the wedding of his son and the beautiful housemate would be a luxury one.

Terry disclosed this during an Instagram live chat with veteran journalist Dele Momodu.

When the journalist stated that his media house is warming up for the coverage of Kiddwaya and Erica’s wedding, the billionaire businessman laughed out loud.

He also agreed that the wedding would be an international one and it would be a Versace wedding that would take place in Italy.

“And we will do another one here for his massive fans. Let them enjoy part of it,” Kiddwaya’s father said.

#BBNaija: It is not possible – Nigerians react as Wathoni reveals she got pregnant without having sex (Video)

I don’t have a libido – Lucy tells Laycon