#BBNaija: Men rush to me, I don’t snatch them – Nengi claims (Video) 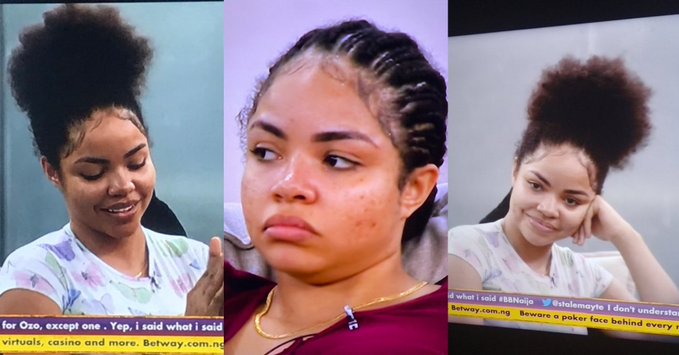 One of the most popular housemates in this year BBNaija reality TV show, Nengi has made a bold claim stating that she is not a man snatcher as all the men rush to her.

There have been reports from the female housemates especially stating that Nengi has a strategy of pulling the men in the house to herself.

Nengi however, during a conversation with fellow housemates, Laycon and Trikytee on Wednesday, spoke on the gossip going on about her.

Ka3na subtly calls out organizers of the BBNaija show over…

Trikytee stepped in to tell Nengi that some housemates feel she is trying to snatch another person’s man away.

In her reaction, Nengi said she is not “a stealer of man.’’

Nengi further explained that she has no time to be snatching anybody’s man.

According to her, if any man clings to her, then it is because the person is interested in her.

Nengi also disclosed that it is the men who rush her, and not otherwise.

#BBNaija: “Shut up your mouth”- Ozo clashes with Prince; Misuse of power or a leadership trait? (Video)