#BBNaija: Ozo finally takes a bold stance, tell Ka3na he is done with Nengi, she advises him to focus on Dorathy 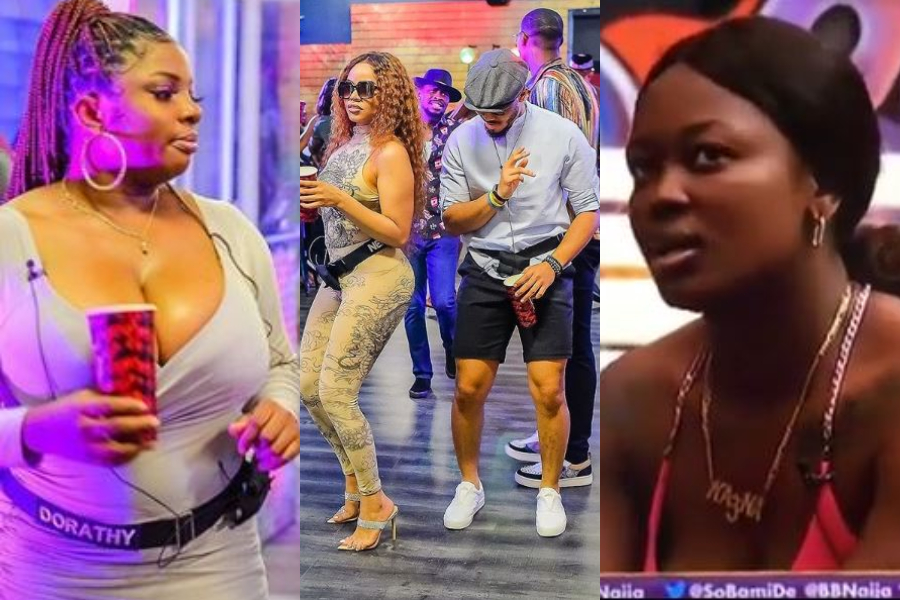 The BBNaija house was full of fun last night, however after the party ended different drama surfaced.

It all started with Ozo and his female bestie, Dora who went haywire after seeing him with Nengi.

Earlier in the conversation, Ozo had opined that every guy in the BBNaija house appears to be interested in Nengi, including Prince who has been of late getting really close to Nengi.

Ka3na corrected Ozo and told him that every guy in the house does not want Nengi.

Ka3na told Ozo: “She’s sexually attractive and people easily notice her because of her skin and appearance. She throws herself to these guys and they notice her.”

Before the camera moved away from them, Ozo reiterated to Ka3na that he is done chasing Nengi but will not do anything bad to her.

“I will just be treating her like I do every other housemate in the house,” Ozo said.

Ozo added that if he had won the head of house challenge, he would have picked Dora as his deputy because she is his favourite person in the house.

Ka3na added that Dora has feelings for him so he should correct his errors and find a way to pay Nengi back in her own coins..

The Awwww 🥰 moment when Ozo confirms to ka3na that he is done with Nengi and all in for Dora😊😊watch till the end #BBNaijia #BigBrotherNaijaLockdown2020 #bbnaija2020 pic.twitter.com/yOPQ1euMar

Read also: #BBNaija: “I was supposed to be with Erica & Nengi but I changed my mind” – ‘Evangelist’ Brighto reveals (video)

#BBNaija: “I was supposed to be with Erica & Nengi but I changed my mind” – ‘Evangelist’ Brighto reveals (video)