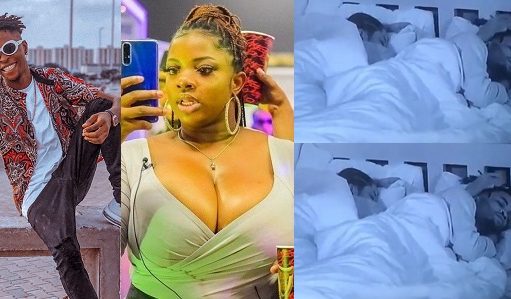 BBNaija: Lockdown housemate, Dorathy on Tuesday night was seen sharing a bed with Laycon which will be the first time both housemates will spend the night on the same bed.

In a video that’s now serving rounds on social media, Dorathy can be seen touching Laycon’s hair and asked him not to leave when he attempted to.

The rather rare situation has now caused a stir on social media as the reality TV viewers are beginning to wonder what both housemates may have been up to last night.

Quite a number of people were of the opinion that the busty 24-year-old might be sexually frustrated which may explain the reason she slept on same bed with Laycon.

#BBNaija: Neo narrates how he ended up being a houseboy for a girl he visited to catch fun with