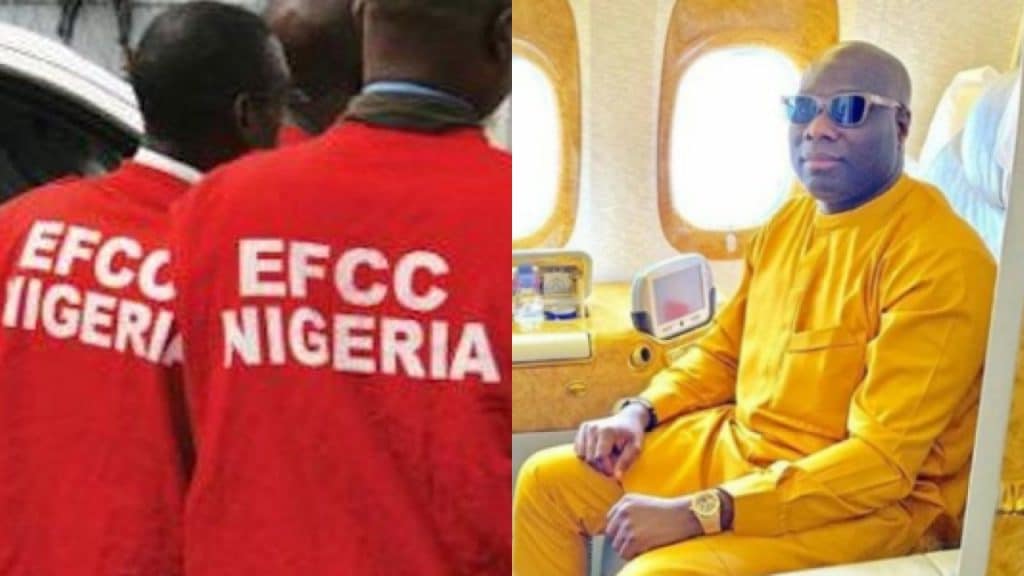 Internet celebrity, Ismaila Mustapha aka Mompha, who is facing money laundering charges before the Federal High Court, has been re-arrested by operatives of the Economic and Financial Crimes Commission EFCC.

Punch reports that Mompha was re-arrested last Friday, August 14 when he went to the EFCC office in Ikoyi, Lagos to reclaim his five wristwatches, one Apple Air pod, one iPhone 8 mobile phone and one pair of sunglasses, seized from him by the anti-graft agency last October.

However, following an application by his lawyer, Gboyega Oyewole (SAN), Justice Mohammed Liman had on July 24 ordered the EFCC to release the items to Mompha.

The judge ruled that since the items were not listed as exhibits in the money laundering charges filed against Mompha, the EFCC had no justification to continue to hold onto them. Justice Liman dismissed the submission by the EFCC that Mompha was still under investigation for another offense, saying there was nothing before the court to back the submission.

“Failure to release the property is illegal. As of today, no charge has been file regarding the items. It is too long to withhold the applicant properties,” the judge had held.

Mompha had barely left the premises of the EFCC office in Ikoyi after collecting the items on Friday when operatives of the anti-graft agency waylaid him and took him into custody.

“I am filing processes tomorrow (Tuesday). They didn’t tell us why they are detaining him. They have not told us the basis for this re-arrest. As far as we are concerned, the EFCC is seeking to overreach the court because this is coming after we filed our no-case submission to the charges. When they had the opportunity to amend their charges they didn’t and they are claiming that there is a new charge.”

The spokesman for the EFCC, Dele Oyewale, who also confirmed his re-arrest, said

“The fresh arrest is unconnected to the existing charges in court. It is related to Internet fraud.”