Fashion Designer demands justice after Man abducted her, raped her overnight and infected her with STD 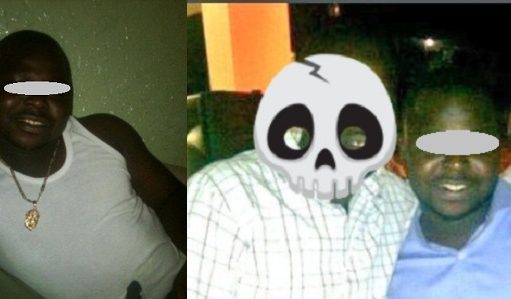 A Nigerian twitter @ehival has taken to the platform to seek justice for a 21-year-old fashion designer that was kidnapped, raped, and infected with STD.

According to the Twitter thread, Zainab is learning fashion designing and was abducted on her from work, on the 10th of August 2020.

He said, “On her way home from work on August 10, she was around Olateju, Mushin, when an SUV stopped beside her and a man, whose name was given as Babatunde Qudus, popularly known as Ovation in the area, allegedly came down from the car with a gun.

The following day, he dropped her by the road after threatening that her life would be in danger if she tells anyone.

Zainab reportedly told her parents and the case was reported at the Olosan police station after which the victim was taken to the hospital for tests.

She has now been placed on HIV drugs and other medications and the incident has left her depressed.

It was also alleged that the police officers have been compromised due to the influence of the accused. Also, Zainab and her parents have allegedly received threats to force them to drop the case.

The victim, however, confirms the story by responding to the Tweet.

She thanked Twitter users for their support and added that her hope is that she can “recover from this trauma.”

See screenshots of the Thread below; 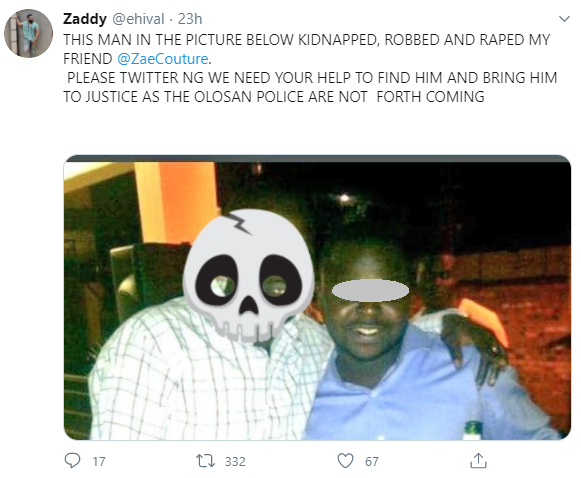 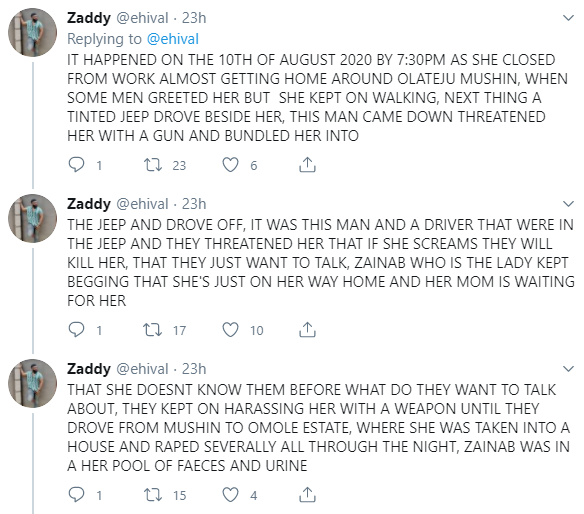 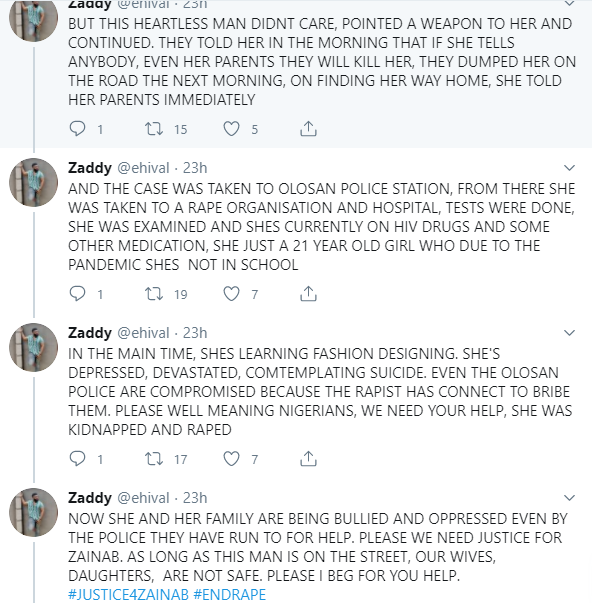