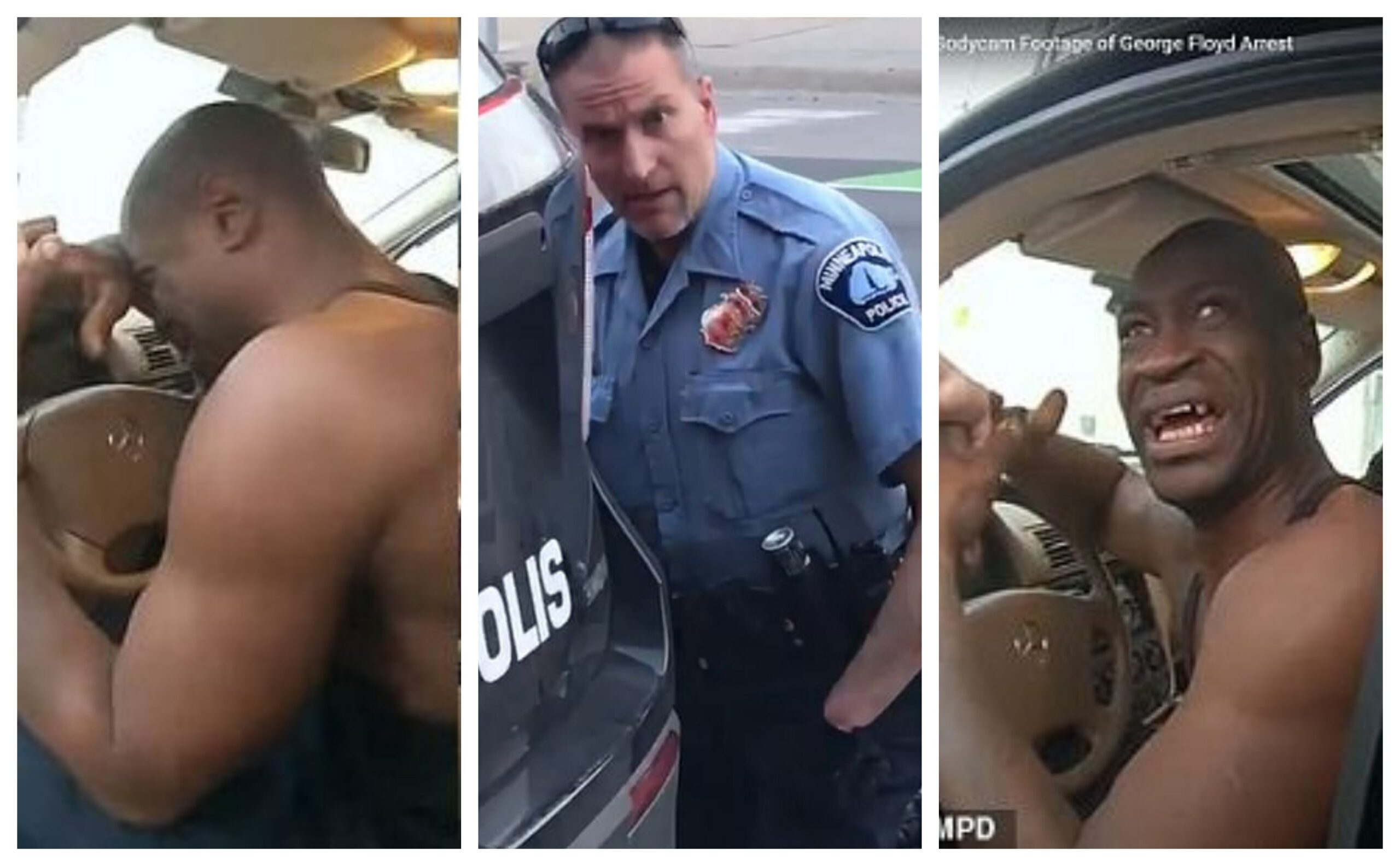 The full uncensored footage of Minneapolis officers arresting George Floyd before he died has been released to the public.

The video was initially only available to journalists and few members of the public, but a Hennepin County judge has now ruled that the video be made available for publication.

The video comes from the body cameras of former Minneapolis officers, Thomas Lane and J. Kueng, who are part of four officers involved in George Floyd’s murder.

The footage shows officers arriving at the scene after a complaint that Floyd had attempted to pass a fake $20 bill to buy cigarettes at Cup Foods, a store in the Powderhorn Park section of Minneapolis.

A staff member holding the banknote approaches the officers, saying,

‘Before they drive off. He’s parked right here. It’s a fake bill from the gentleman,’ he tells the cops.

Lane and Kueng both went to Floyd’s blue Mercedes SUV on the other side of the street. Floyd was in the car with his ex-girlfriend, Shawanda Hill, is in the back seat and a friend, Maurice Hall, is in the front

The footage then shows officer Thomas Lane tapping on the window of Floyd’s SUV to confront him about the allegation. When he opened the door Lane pulls out his handgun and points it straight at Floyd’s head.

He then starts pleading with the officers, “Please don’t shoot me, man,” a crying Floyd says. “I just lost my mom, man. I’m so sorry” in the minutes before his death on May 25.

‘Put your f***ing hands up right now! Let me see your other hand,’ the cop is heard saying to Floyd.

Floyd tells the officer he had been shot before, and Lane replies: ‘Keep your f***ing hands on the wheel.’

Lane then tells Floyd to put his foot inside the vehicle. ‘I’m sorry, I’m so sorry,’ Floyd replies. ‘God dang man. Man, I got shot the same way, Mr. Officer, before.’

‘Okay. Well when I say ”Let me see your hands,” you put your f***ing hands up,’ Lane responds.

“I’m not that kind of guy,” Mr Floyd says as he struggles against the officers. “I just had COVID, man, I don’t want to go back to that.”

An onlooker can be heard pleading with Mr. Floyd to stop struggling, saying: “You can’t win.” Mr. Floyd replies, “I don’t want to win.”

A few minutes later, Mr. Floyd was pinned to the ground for nearly 8 minutes and was heard crying in agony, saying “I can’t breathe” before he goes still.”

Derek Chauvin, who held his knee against Mr. Floyd’s neck for nearly eight minutes, is charged with second-degree murder.

#BBNaija: Dorathy tells Lucy her reply to Brighto when he asked if he could join her in the shower (Video)

BBNaija Ike opens up on why him and his lover, Mercy no longer post each other on social media