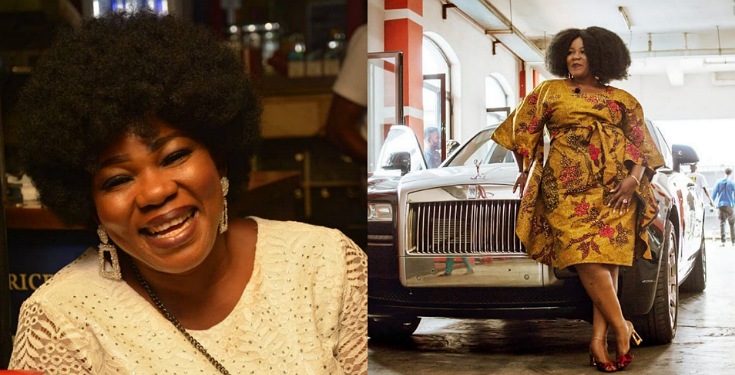 Nollywood Actress, Ada Ameh has disclosed that she is feminist but not the type that won’t submit herself to a man.

Ada Ameh also disclosed that she has no regret having a child as a teenager.

According to the Benue State-born thespian, who had her child at the age of 14, she would have felt bad not having a husband or child of her own now that she is in her forties.

The actress made these known in a recent interview with TheSun.

I can never regret having my child at 14. God forbid! The truth is that the ways of God are so different from the ways of man. Just imagine me at this age if I am not married and don’t have a child. I am not saying marriage is the ultimate but we both know what I am talking about.

I am a feminist but I am not that type of woman that would not love to have a man. Being a feminist doesn’t mean that there shouldn’t be a man. As a Christian, submitting yourself to your man doesn’t make you a fool,” she said.

Fact! If you were once a side-chic, you have no right to fight your husband over his side-chic – Nigerian Lady