Jesus spoke to ‘demons’ and asked them to leave, they don’t have to die – Eva Alordiah to religious people 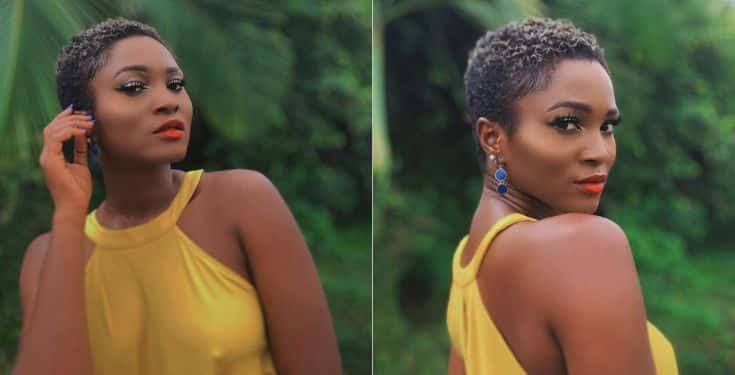 Nigerians are known to be religious people and a lot of people dedicate the better part of their lives to issues of God and spirituality.

Some religious people in their bid to battle demons do so vocally by shouting, casting and binding.

Well, it looks like popular rapper, Eva Alordiah has an issue with the shouting and casting.

Eva Alordiah explains why she can’t marry a poor man

‘I don’t like bras’, Eva Alordiah says as she…

This comes as the rapper cited the example of Jesus. According to her, Jesus only spoke to the demons and asked them to leave. Eva continued by advising people to speak to their demons because they do not have to die. Instead, they should be asked to leave.

She wrote: “The way religious folk cast and shout and bind, they forget that Jesus simply spoke to the ‘demons’ and asked them to leave. Speak to your demons. They don’t have to die die die die die. Just tell them to go.” 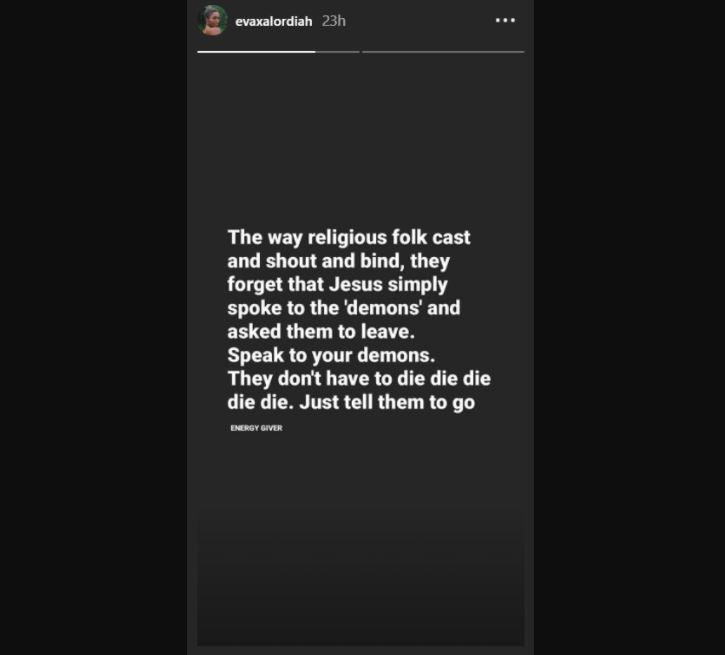 Africans must stop claiming to be black, black is evil – Oyakhilome