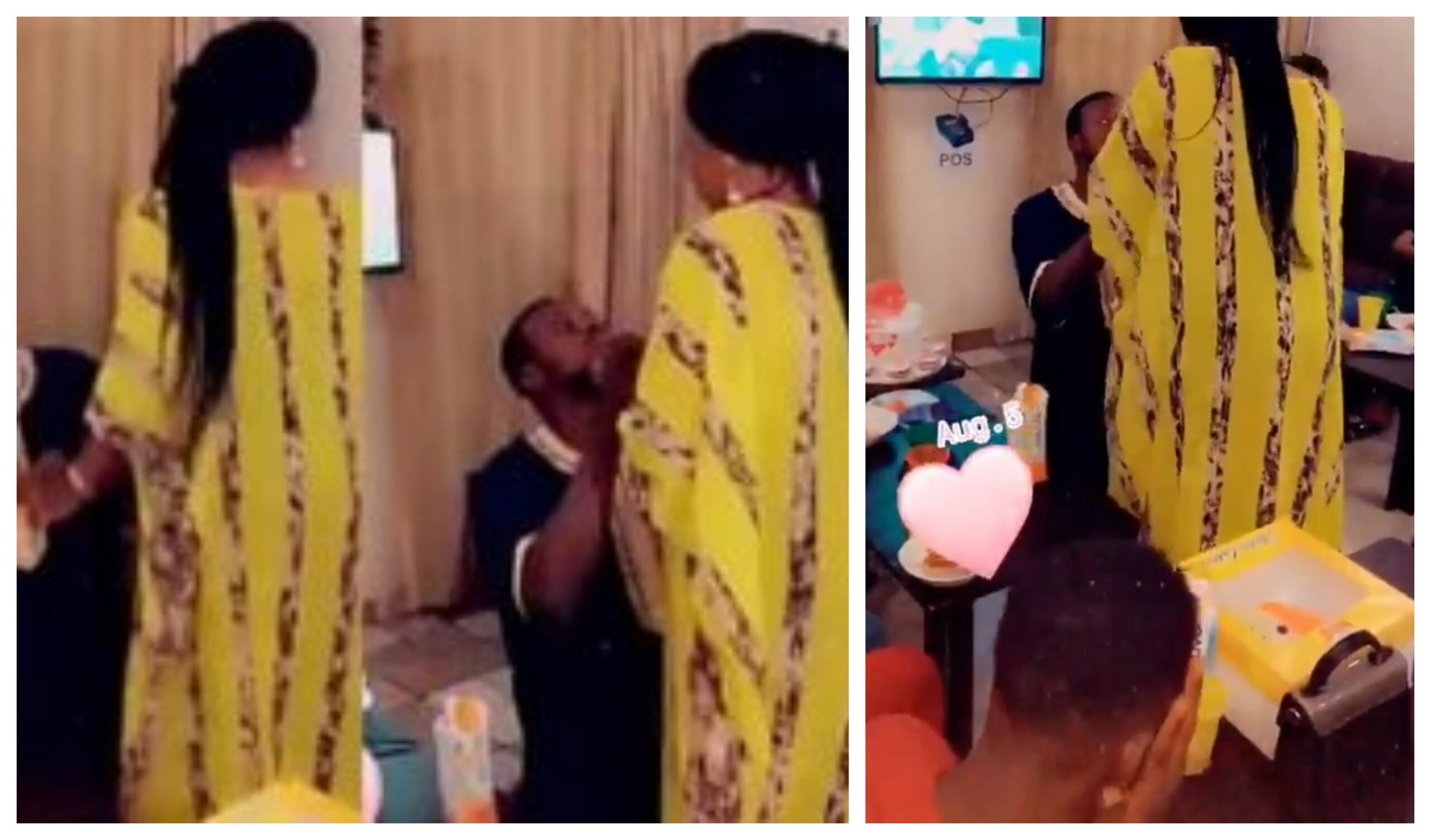 A video that’s currently serving rounds on social media, captures the moment a man forcefully tried to put the engagement ring he got for his girlfriend on her finger as she rejected it.

According to reports surrounding the video, the couple has been dating for years and so the man decided to move their relationship up a notch.

However, he received the shock of his life after she turned him down amidst his friends and other people who also tried their best to make her accept his proposal.

In the video that’s cause a stir online, the lady can be seen telling him to stop the proposal and get up on his feet, but he insisted on engaging her.

#BBNaija: Ozo confesses to Nengi on how he gets erection when he sees her (video)