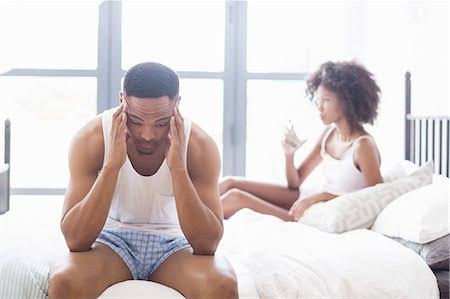 A Nigerian man is currently counting his loss on social media as he laments on the behaviour he’s been receiving from his wife ever since she gave birth through Caesarean section.

According to the man identified as Okemadu Dominic, his wife have been denying him the right to have sex with her ever since she gave birth to their child, an adorable baby girl.

He noted that she’s always complaining of body pain each time he ask for sex and have gone as far as not pounding yam for him to eat despite knowing he can’t do without it.

Pissed with all her behaviours, the man decided to vent his anger on social media. 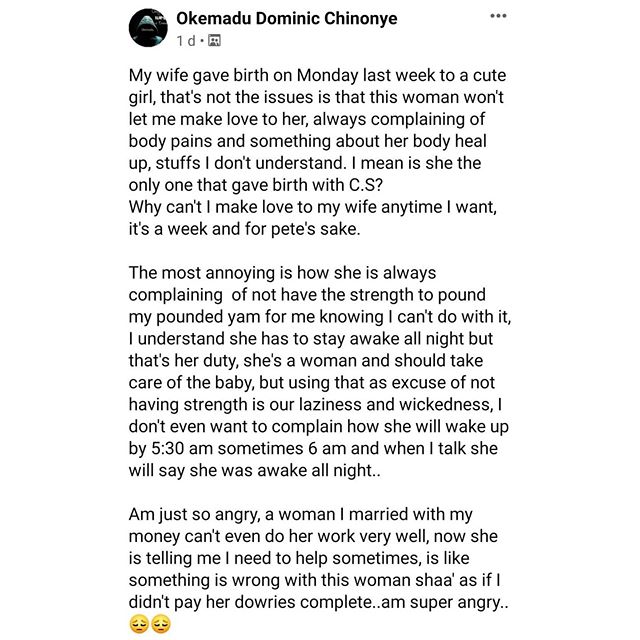