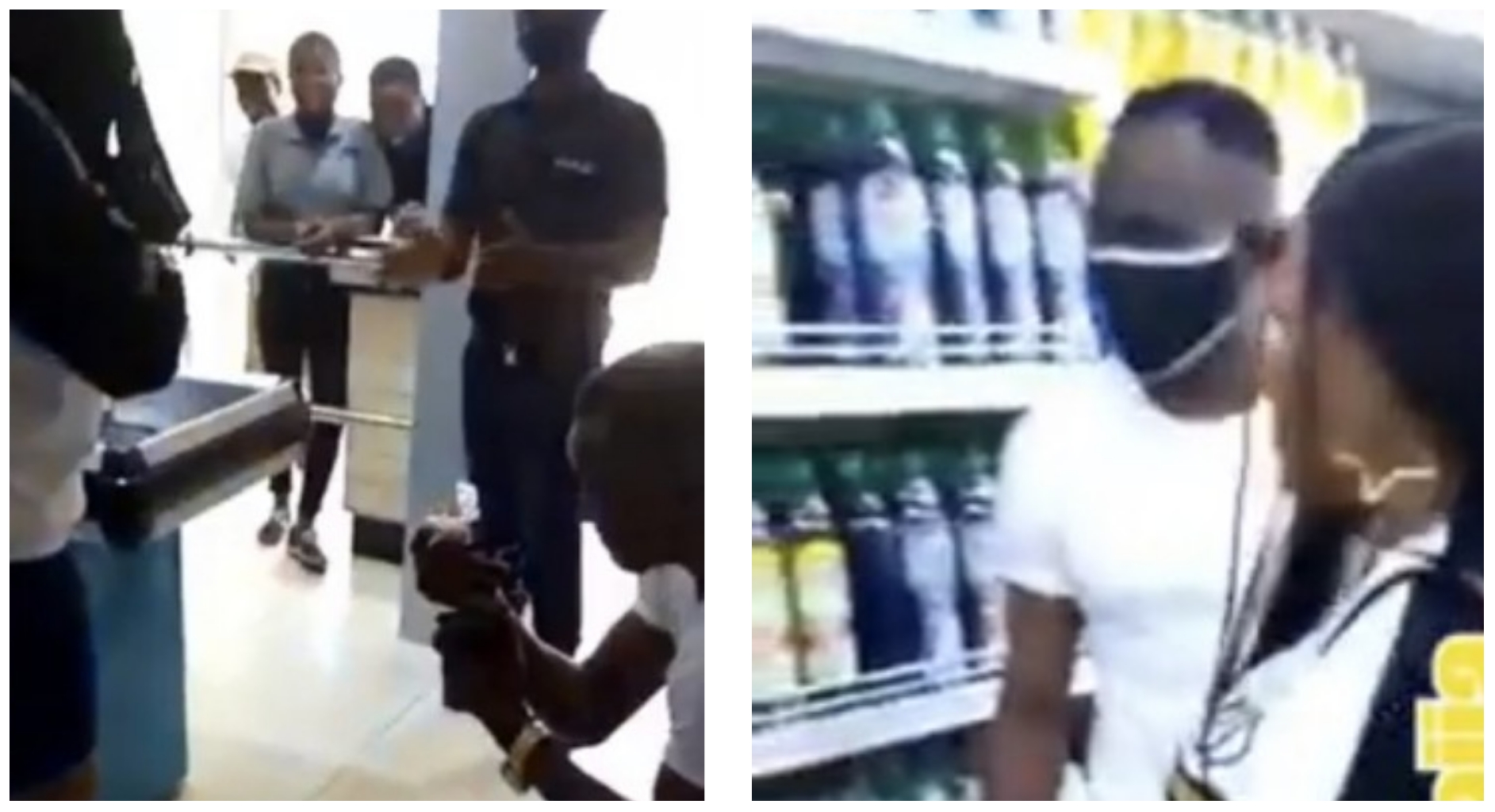 The different ways guys are using to proposed to their ladies seems to be going out of hands.

A video making the rounds on social media has captured the moment a sex worker attacked a man and his girlfriend at a mall.

In the video, a lady attacked the man and his girlfriend while they were shopping at the mall, claiming that he had sex with her and refused to pay.

The girlfriend tried to calm the situation as she pleaded with the sex worker to calm down so they can settle the issue amicably.

However, the story changed after her boyfriend brought out a ring and went down on his knees to propose to her.