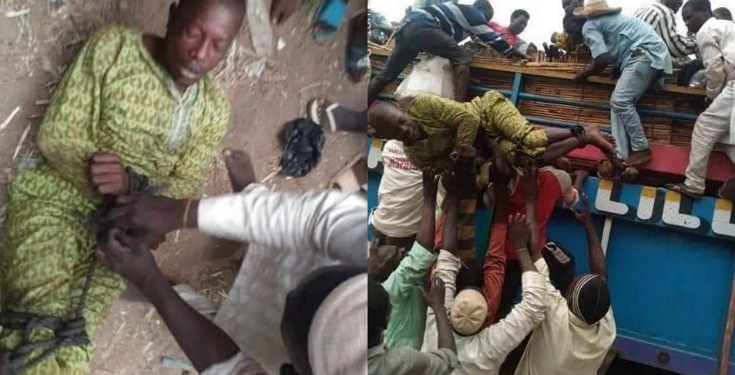 Twitter user with the handle @Ekwulu, has claimed that a man was tied up and sent back home after leaving his family in search of greener pastures for six years.

According to the Twitter user, the man left his wife, children, and aged parents for six years in search of greener pasture in the western part of Nigeria.

He claimed that since he left, the man hasn’t been able to send any money to his family.

60-year-old woman believed to have died from Covid throws…

Nigerian man allegedly dies of heart attack after his wife…

He was recently spotted at a livestock market in Abeokuta by a family member, who then tied him up and sent him back home via a truck.

BBNaija 2020: See what Nigerians are saying about Lucy after pictures of her selling roasted emerged