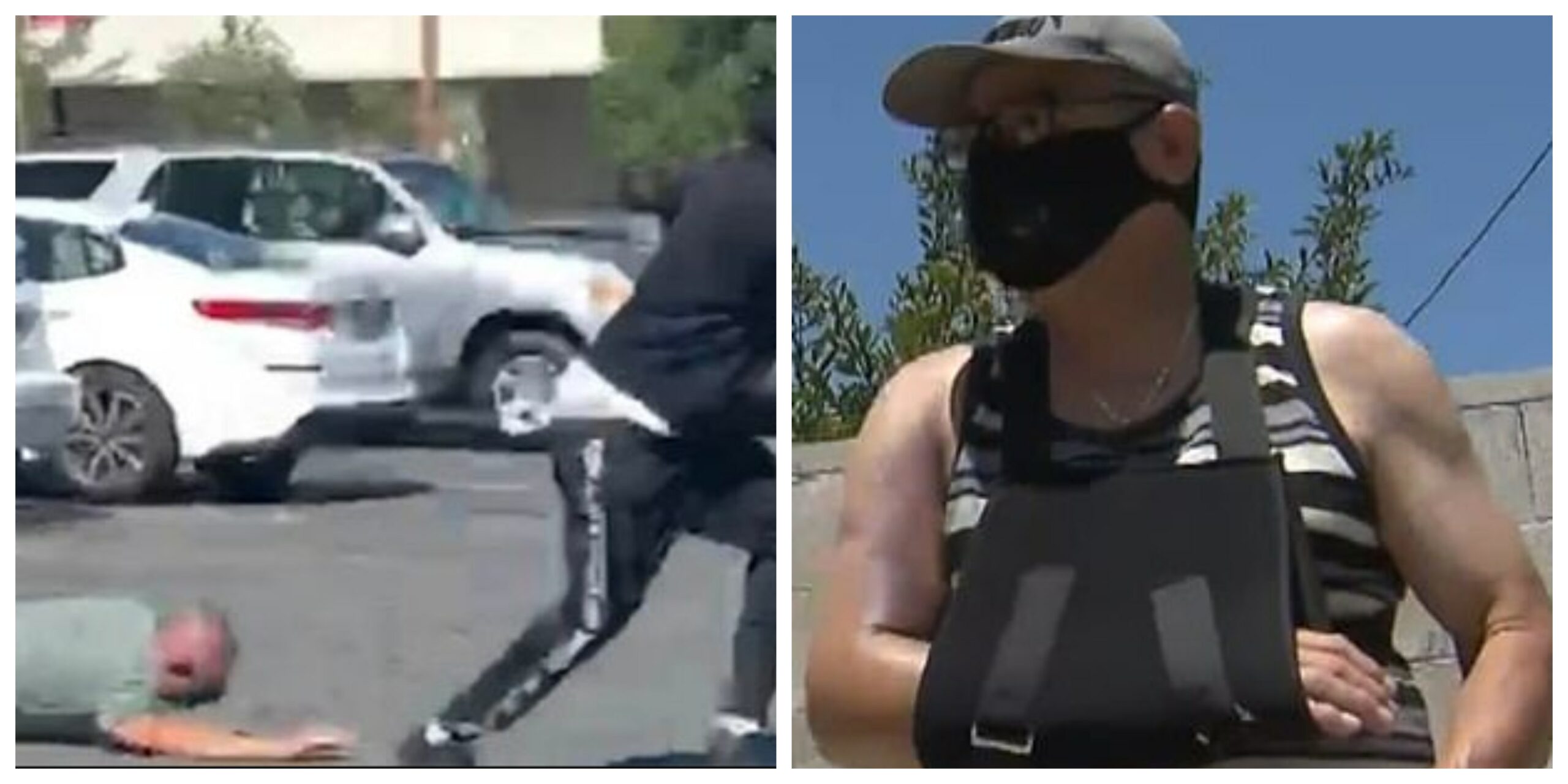 Just some seconds after leaving the bank where he withdrew $200k, the man got robbed of his entire life savings.

Francisco Cornejo after cashing out the sum of 200,000 dollars from a Chase Bank in Huntington Park, California was attacked by an unknown assailant.

The masked man was caught on video running off with Francisco Cornejo’s life savings.

The video clearly shows Francisco Cornejo trying desperately to prevent the thief from running away with his money. He can then be heard begging for help as the man runs off with his money.

The money came from a recent sale of his house and was everything he had in his bank account. Francisco’s lawyer, Nathan Soleimani explained,

“He was parked as close as possible to the bank, knowing he was going to withdraw a large amount of cash.

“Before he was able to get to his car, he was grabbed and beaten. “And when he was being beaten he was doing his best to try and retain the bag that he brought with him.”

The lawyer said investigators are now looking into CCTV footage from the bank to try and hunt the suspect. The FBI is also involved and a representative from Chase Bank said they were working with law enforcement.

Though the violent attack left Francisco battered and bruised, his family says they are grateful he’s alive. Huntington Park police have asked anyone with information to call.

Below is a video of the attack courtesy of ABC News