Meet Elizabeth, the weird young lady who was pregnant for 10 years (Video) 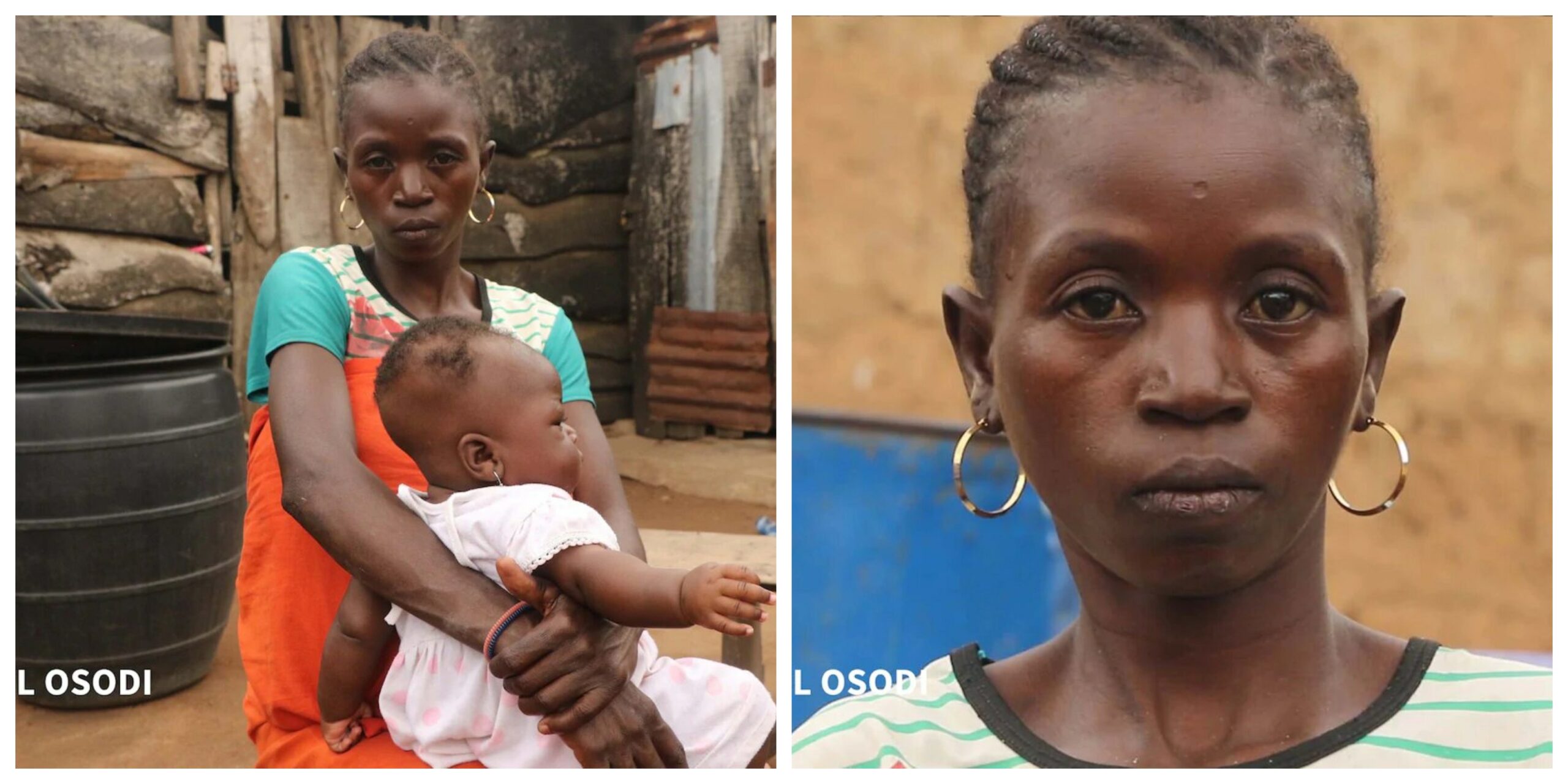 Elizabeth Packal, the 20-year-old lady who was pregnant for 10 years revealed this information in an exclusive interview with a Nigerian media outlet, Legit Tv.

Read her full story and watch the video below:

She narrated how she was pregnant for ten years. In an exclusive interview with her, she revealed shocking information about the pregnancy. When the mysterious story of Packal was first heard, our correspondents headed to Oyo state to find out how true it was. The Togolese national’s story got weirder when she revealed that she carried the pregnancy for ten years without having a known husband, boyfriend, or anyone that falls in an intimate category. The revelations became even more unbelievable with the 20-year-old lady insisting on not sleeping with any man. From the way she sounded, she was unsure of the pregnancy and how it came to be.

According to a middle-aged woman who attested to the story during the interview, Packal’s stomach simply grew bigger and bigger with time. She had been like that since she was a maiden. She was taken to the hospital where she was checked and tested. However, the findings said to have been made only revealed a calabash-like object inside her.

Categories of ladies that use pregnancy to trap men –…

The woman said that it was hard to believe that it was indeed a real pregnancy as women-only carry pregnancies for a period of nine months or at most, ten. However, the case of the young lady was different as she carried hers for more than ten years. Out of concern for her, Packal was taken to a traditional medical center where the case was regarded as being strange too.

They had told them at the native facility that the stomach would eventually burst and she would die. Nothing was done for her there and this made them move her to another hospital within their environment. The hospital wanted to refer them somewhere else but they told the management that they had been everywhere else.

#BBNaija: Erica set to be disqualified anytime from now as she gets new strike along with Kiddwaya and Tolanibaj