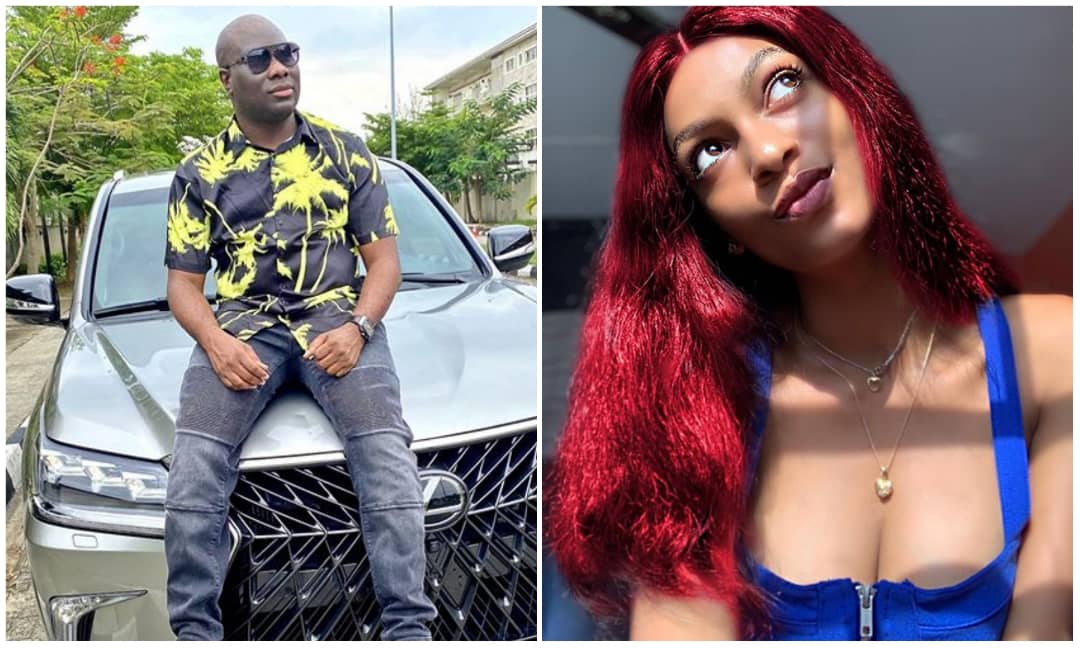 It would be recalled that Adeherself was released some days ago having spend weeks at the custody of EFCC over an alleged involvement in cybercrime.

Despite her case still going on with the agency, Mompha who also has a case of his own to settle with the agency decided to visit her and it was an emotional moment.

“I know you missed me” – Adeherself breaks silence after her…

Adeherself who was surprised to see one of the richest personality in the country could do nothing but gush about the status of the personality that has come to pay her a visit.

Read also: If you’re a Nigerian and you are still surprised then you are not wise – Peter Okoye reacts as Court dismisses case against Senator Abbo