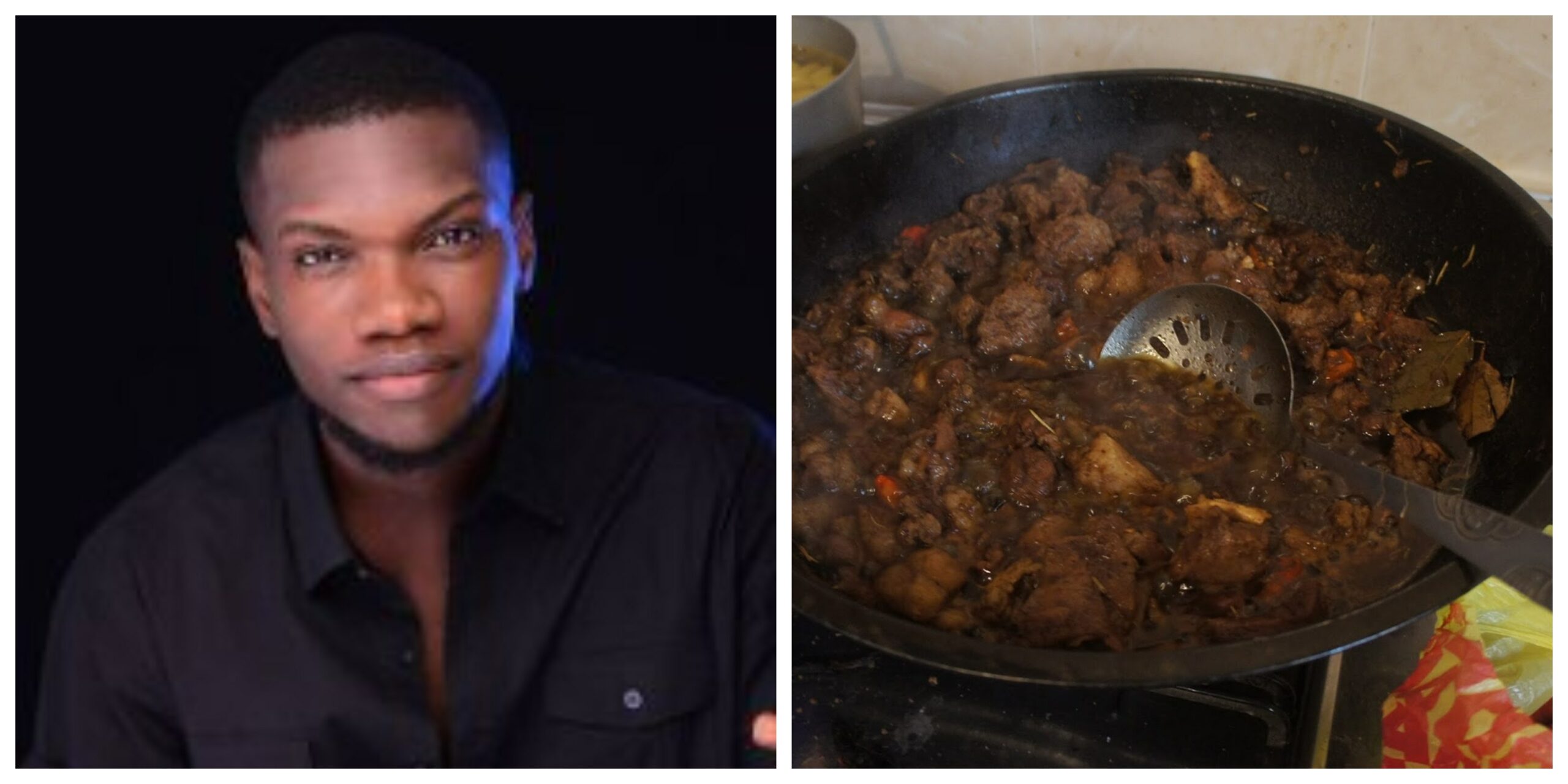 Just a day after the Muslim’s popular religious festival, Eid-L-Kabir, a young man came out to tell the usual story of how Christians don’t want to eat the Sallah meat offered to them by the Muslims but this time around there is a new twist to the story as the man revealed how her mum refried the Sallah meat given to them with anointing oil.

So, it is generally known that followers of one religion try to avoid taking out of the sacrificial offerings of the followers of another religion. Just like the Christians avoid taking the Sallah meat from Muslims, some Muslims avoid taking the food and meat offered to them by their Christian friends during Christmas. This is a scenario we get to see on a yearly basis, but frying Sallah meat with anointing oil is a new terrain we are not familiar with in this game.

Faveux’s reply:
The Bible clearly stated not to eat anything sacrificed to strange gods or idols, if your Christian parents don’t eat the food or meat presented by their Muslim counterparts and only accept it bcos of goodwill. They are perfectly right according to the ordinances of the Bible.
maryam’s reply:
so Muslims worship strange Gods? this why some Christians dnt have sense.. u feel. ur God is the only true God ..pele ooo.. ull be alright las las.
Chineye’s reply:
At least you still eat the meat. My mom gives the dogs.
Alaye’s reply:
For my house, Na dustbin dem Dey put am even if food no Dey house.

You disposed of Sallah meat given to you by Muslim neighbors but you don’t see anything wrong in buying Suya from Muslim Aboki? Is that not confusion?

BBNaija: “I don’t care about winning”- Kaisha opens up on what she actually wants from the show