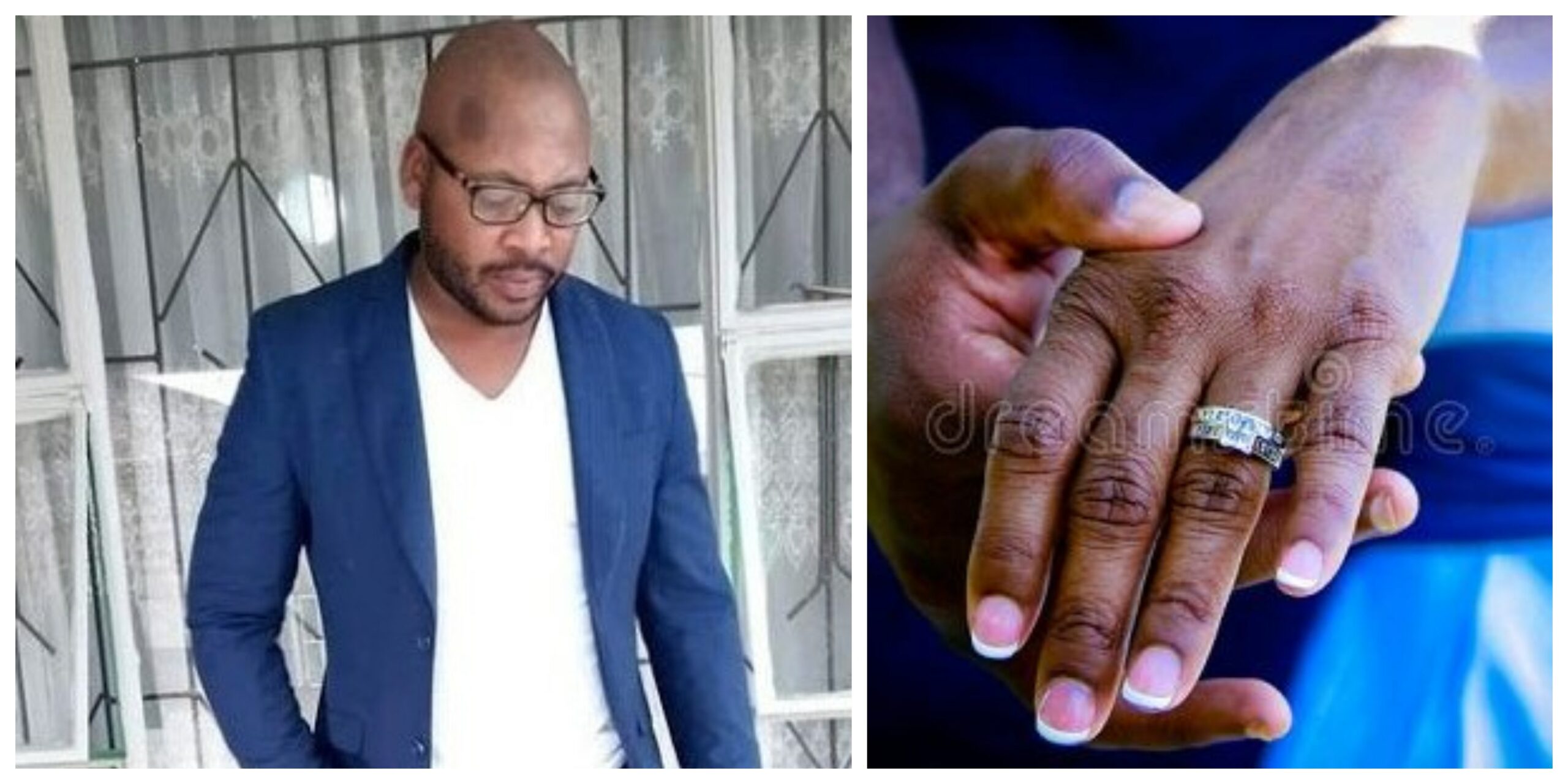 Faku Mpolweni, a South African man, has recently taken to his social media page to lament on how his heart was broken his fiancee when she returned their rings 8 years later.

Mpolweni who was deeply hurt, in a post made via his Twitter account on Saturday, August 15, narrates how his fiancee decided to call off their engagement after eight years of dating.

While sharing the news, he also stated that women should never be trusted. In his words; “She returned my ring Ring today after 8years of engagement yonke. Never trust women.”

Social media users were not too pleased with his decision to keep her tied down for eight years without making a move to tie the knot, hence, many reacted via his comment section.

Read some reactions below.

@justkholii__; hats off to her for giving you 8 years.

@essamokoena; She didn’t want to have a Ph.D. in Engagement Sciences 🤷🏽‍♀️ @Inenekazi_; Imagine being engaged for 8 years. You were wasting her time nawe

@I_am_Bucie; My brother you had no intention of marrying this woman, to begin with, you might not know it today but you’ll know it someday. You might have loved her but it wasn’t enough for you to marry her 8years is a very long time. I’m sorry that you’re hurt

@Ke_Assegaai; Fr imagine 8 years of engagement? Not even a university course takes that long @IamKhanyah; I would have pawned it instead of returning it

#BBNaija: Why I don’t like sleeping in your bed – Prince tells Tolanibaj

#BBNaija: Kaisha reveals the reason housemates evicted her from the show