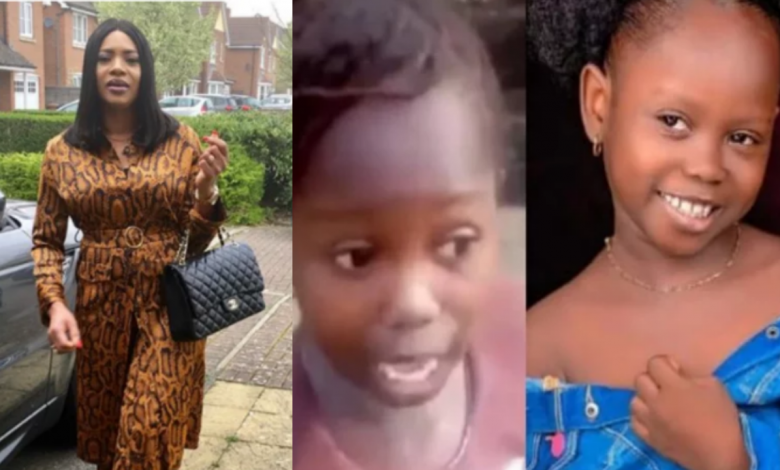 London based social media commentator, Adetutu Balogun has come for little Success Adegor’s family for saying donations made to them are fake.

Success is the little school girl who instantly became an internet phenomenon following a video of her ranting at her school over her dismissal from school because of school fees.

It was earlier reported that Success Adegor resurfaced on social media but this time, she called out all those who agreed to help her with her schooling.

Success claimed that her life hasn’t changed after people pledged support. According to her, all the promises made to her family are FAKE.

Disproving this, Adetutu Balogun revealed that the family got over 1 million naira from the campaign she personally ran for them.

She called them greedy and ungrateful.

“It is quite sad that her parents are using her to spread lies! l know of number of people that gave her money through my campaign. Mazi was one of them. He came to my DM to ask about how to donate to her. I even told him to spread the payments. (Ask him)”

“From today, l am going to change my campaign strategy on this street… sometime throwing money at poverty is not the solution! This family is very lazy, greedy, ungrateful and suffering from extreme entitlement mentality.”

“The campaign through me alone was over N1million. l still have the DM messages between me and Mazi. He wanted to transfer £1000 to me, l told him to wait for Success’s mum to open her acc, that l don’t collect donation in my acc. And immediately the acc was available he donated.”

“As them say them stubborn…” Success’s parents just got married official.

Are you thinking what I’m thinking? pic.twitter.com/ek7RXZZszE

Stranded Nigerian man narrates how Singer Teni helped him out of his problem on 3rd mainland bridge, Lagos