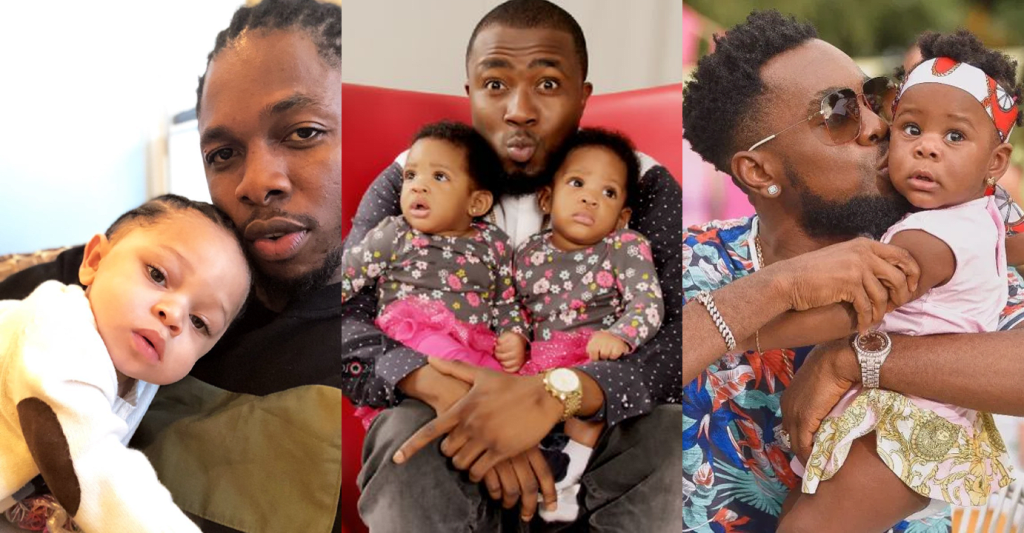 It has become a norm for Nigerian celebrities, especially the males to have kids out of wedlock -It is almost as though it has become a requirement to join the elite league of stars In the country. Technically, there ought to be no rush when choosing a life partner for marriage but these celebs have chosen to bypass the sacred union that comes before procreation.

Below is a list of Nigerian celebrities who are fathers without marriage:

Nigerian singer Timaya is one man who is yet to settle down but has not one, not two, but three children out of wedlock.

I am not getting married soon. My life is a journey. My career is my journey. I didn’t lie to my baby mama when she was pregnant; I told her I wasn’t ready to get married. I never said I wasn’t going to get married. But at the moment, I am not ready. When she told me she was pregnant, I accepted the pregnancy. She told me she hoped I wasn’t going to be like other musicians who had kids from different women. I told her no. My two kids are from same woman. I know what I am doing. I never knew I could love anyone the way I love my daughters. My first daughter is my best friend.

He currently has three children: two daughters, Emma and Gracey from the same woman and a son Emmanuel from another relationship.

In June 2017, Nigerian singer Harrysong became the proud father of twins, a boy and girl who were delivered in the United States of America.

Another Nigerian singer who has a child from an unknown woman but is yet to get married is Patoranking. Patoranking has a son named Raphael who is also fondly referred to as Rapharanking. He also welcomed a daughter named Wilmer who he very regularly posts about and even made a song and music video about.

Another artiste on our list is rapper Olamide who is a proud father of three kids from two baby mamas. His first child Maximilian Boluwatife was born on Friday, January 30, 2015, his next child Tunrepin Myles was born on Monday, July 1, 2019, and his third child Asaiah Monife Maria was born on Friday, August 16, 2019.

In 2017, Nigerian singer Runtown welcomed his first child, a baby boy named Zamar with then-girlfriend, Selena Leath. The singer is still yet to get married.

While still unmarried, Nigerian singer has three children. He had his first daughter with Sandra Okagbue and his second from former beauty queen Anna Banner. He later adopted a visually-impaired young Liberian named Semah G. Weifur who he made a number of songs with.

Nigerian singer and producer Tekno very famously has a daughter with Nigerian singer, Lola Rae. The two parents are still not married even after their daughter’s birth.

Nigerian rapper Ice Prince Zamani has a son named Jamal whom he had with baby mama Bimbo Babatunde. The child was born on the 1st of March 2012. Ice Prince remains single even after the birth of his child.

BBNaija: Erica needs to focus on herself, no relationship between us for now -Kiddwaya says in new interview (Video)