After saving N1000 notes daily since Feb., distraught lady breaks her piggy box to find it empty with ‘Incantations’ written in it (Video) 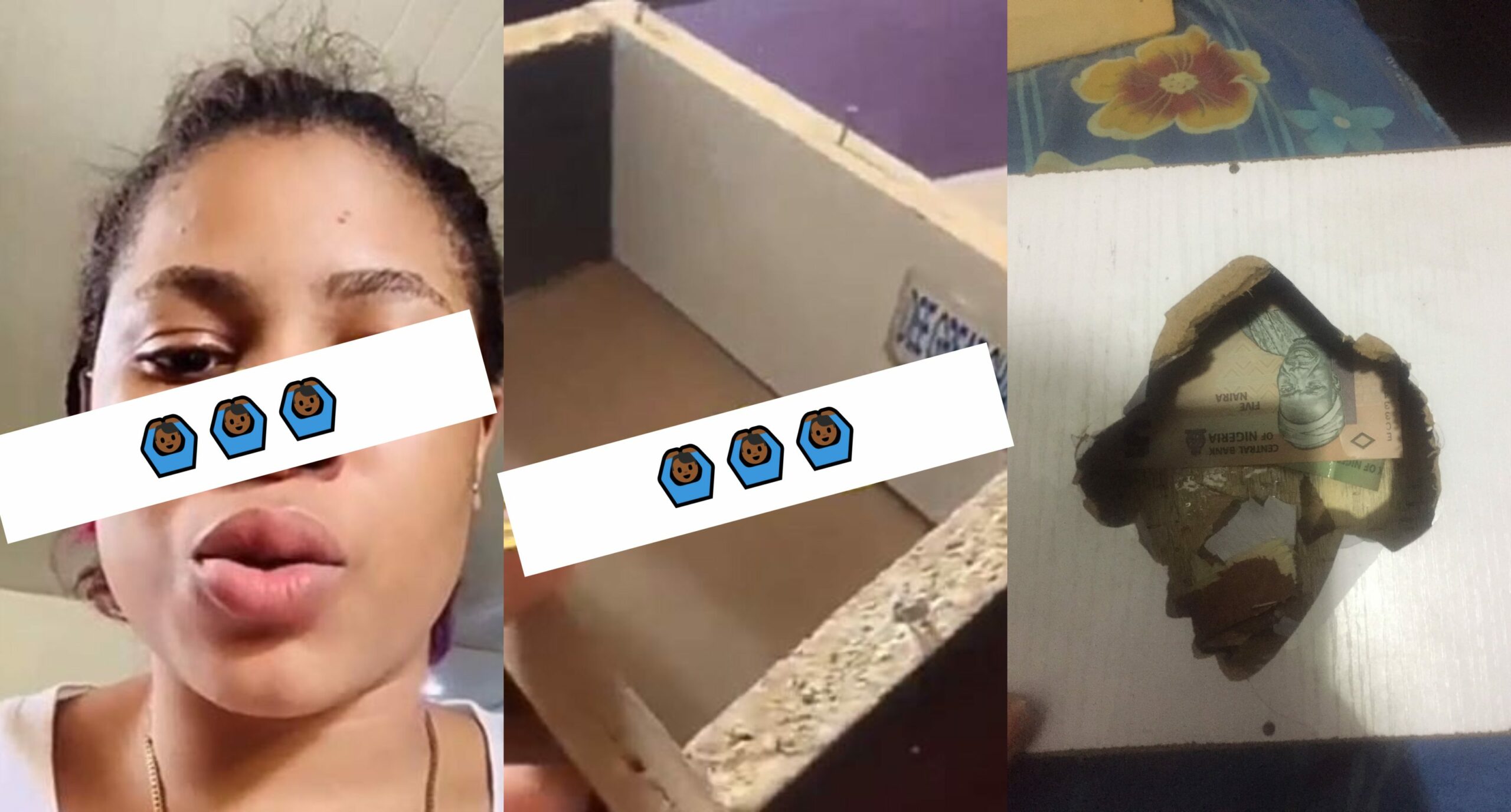 A Nigerian lady has taken to social media to share the utter shock and disbelief she experienced after breaking her piggy box.

According to the yet-to-be-identified lady, she has been saving the N1000 denomination in the savings box since February. The lady who thought she had saved a sum of N100,000 got the shock of her life after she opened the box in order to retrieve her saved sum, only to find barely N7000 with lower denomination she never put in there.

One striking point in the video was an inscription found in the box that says: Dee Great Shammah”. The lady believes that must be the greater power that has been siphoning her savings all along.

lady finally breaks the box only to find an inscription “The Great shammah” inside the box and all her money gone. . . Follow @mediagist for more exclusive updates.

With her 24-year-old daughter married, Actress Genevieve Nnaji discloses why she is still not married