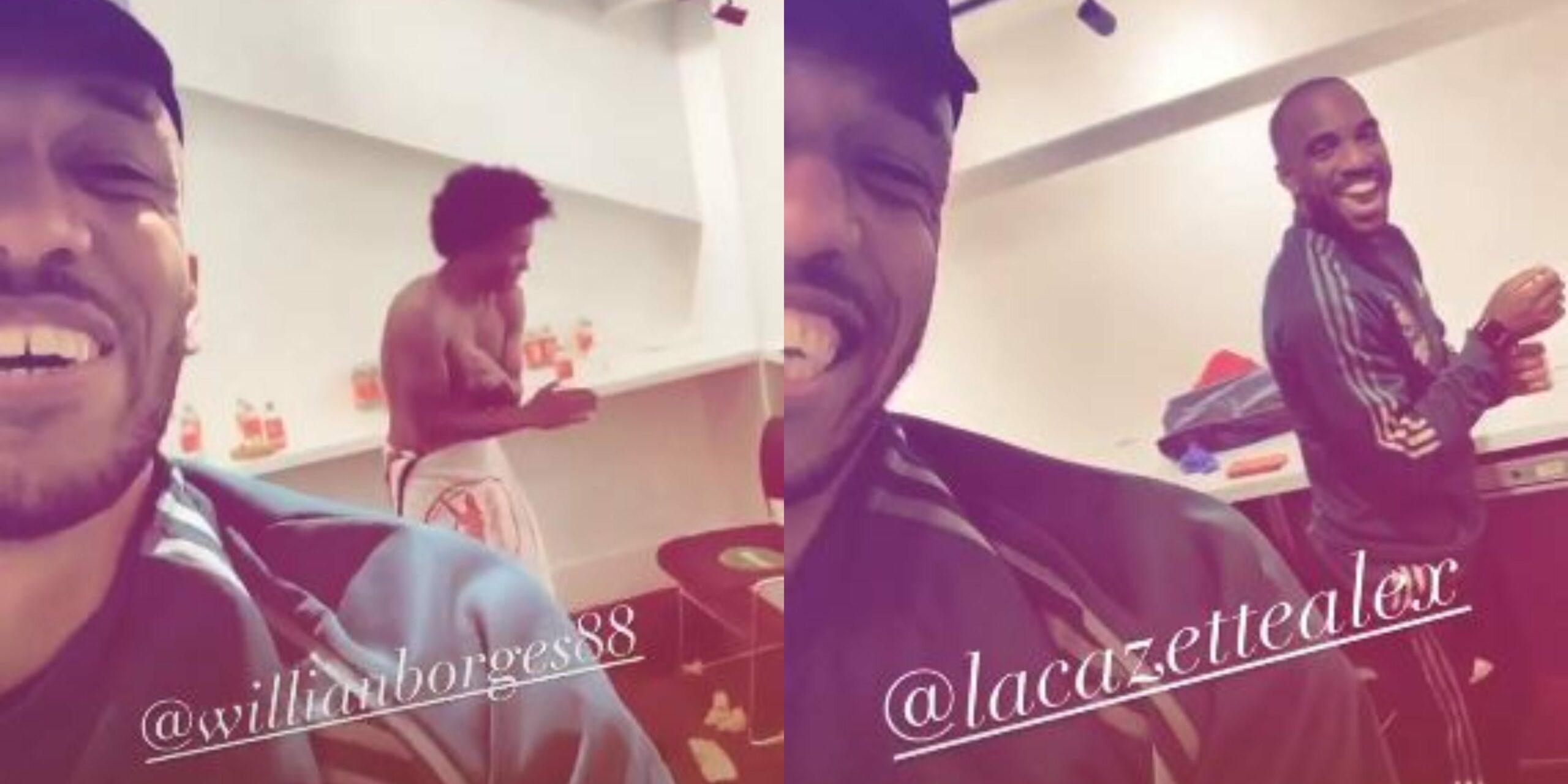 Arsenal players were recorded in a celebratory mood after thrashing Fulham FC in the Premier League game opener on Saturday afternoon.

The Gooners skipper, Pierre Emery Aubameyang took to his Instagram story to share a video of the players dancing to Nigeria’s Burna Boy’s Anybody Track in the dressing room following the 3 – 0 win against Scott Packer’s men.

It would be a triple win for Nigerian Arsenal fans and Burna Boy stans as the gunners saw of Fulham at the Craven Cottage, vibed to Burna Boy’s track and Brazillian player doing the ‘Zanku’ moves.

Aubameyang and the Arsenal crew loving themselves some Burna 🦍 .. a good day to be Gunner ❤️ pic.twitter.com/NhP366SLaA