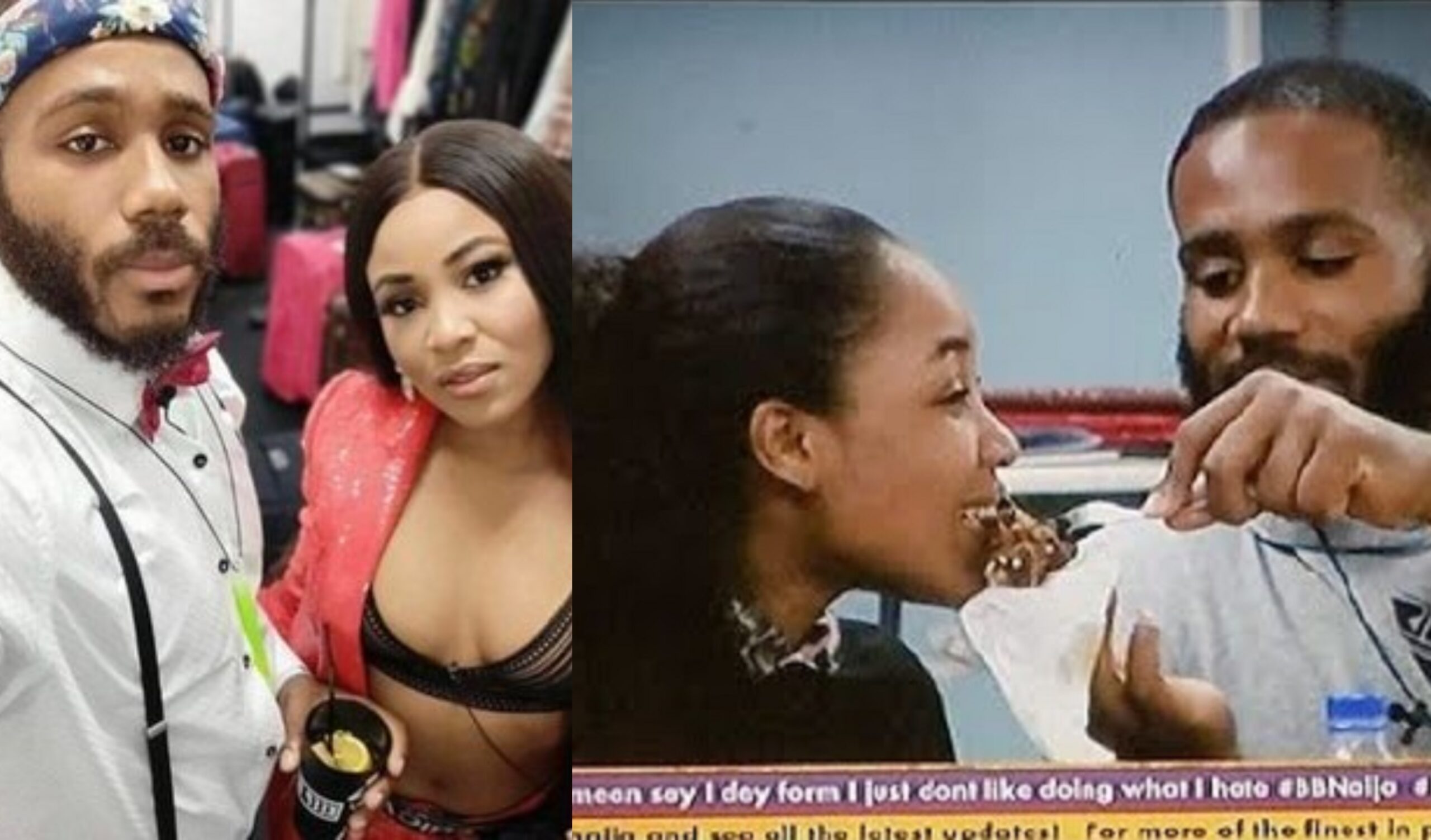 A big fan of the disqualified BBNaija housemate, Erica has disclosed that she named her new born twin babies after her favourite and her love interest, Erica and Kiddwaya. 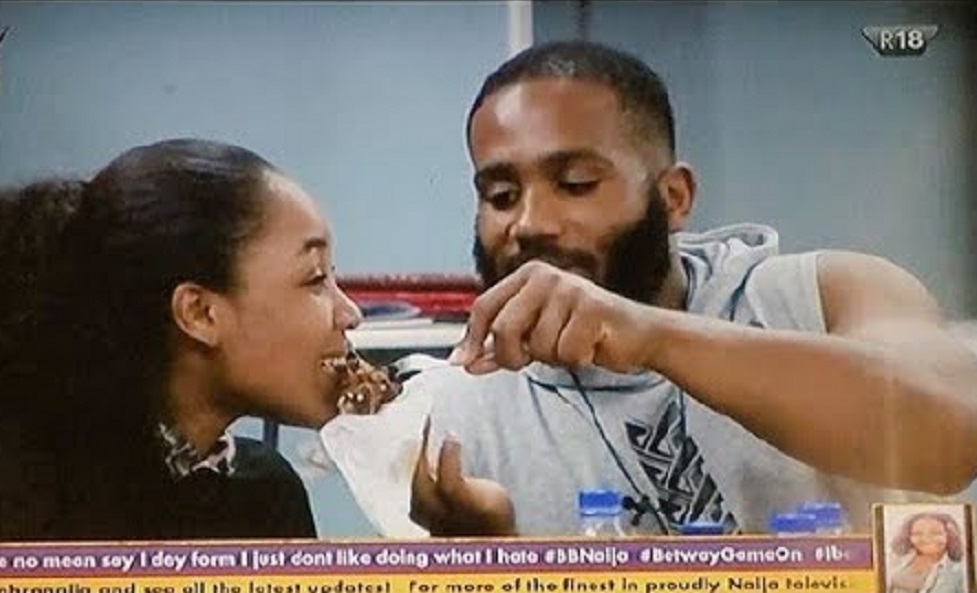 The fan, who’s popularly known as Avara Kim Morgante on Facebook, made this revelation in a lengthy open letter addressed to her favourite housemate.

According to Avara, she named her twin babies Erica and Kiddwaya because of the extraordinary love she has for the former housemate.

Avara further revealed that her husband supported her decision to name their new born babies after the housemates, adding that having a baby named Erica will help her to forever remember the housemate and make her memories evergreen.

“last week I gave birth to my baby and guess what my girl and boy are healthy. I named them after you and Kidd, my husband supported it and I’m happy that I have a bundle of joy reminding me of you”.

The New York based new mum also stated that her love for Erica would bring her to Nigeria after the Covid-19 pandemic. 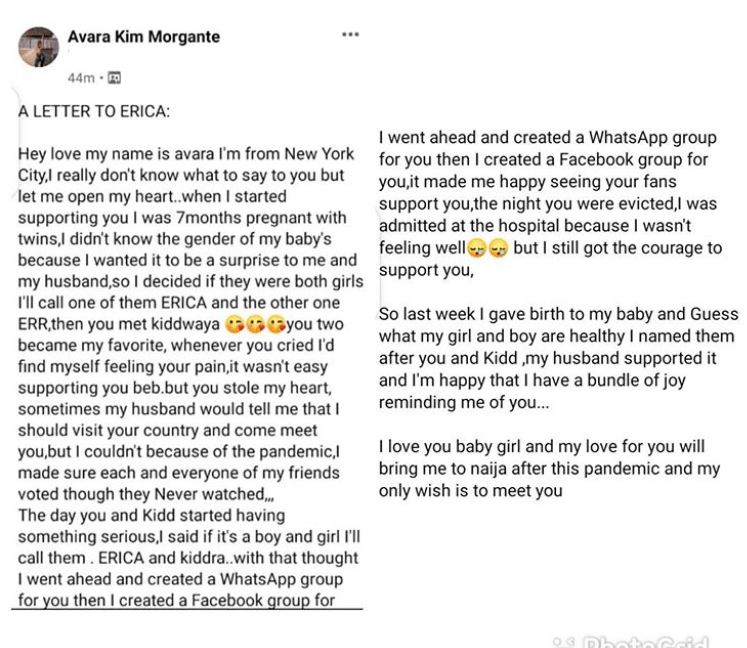