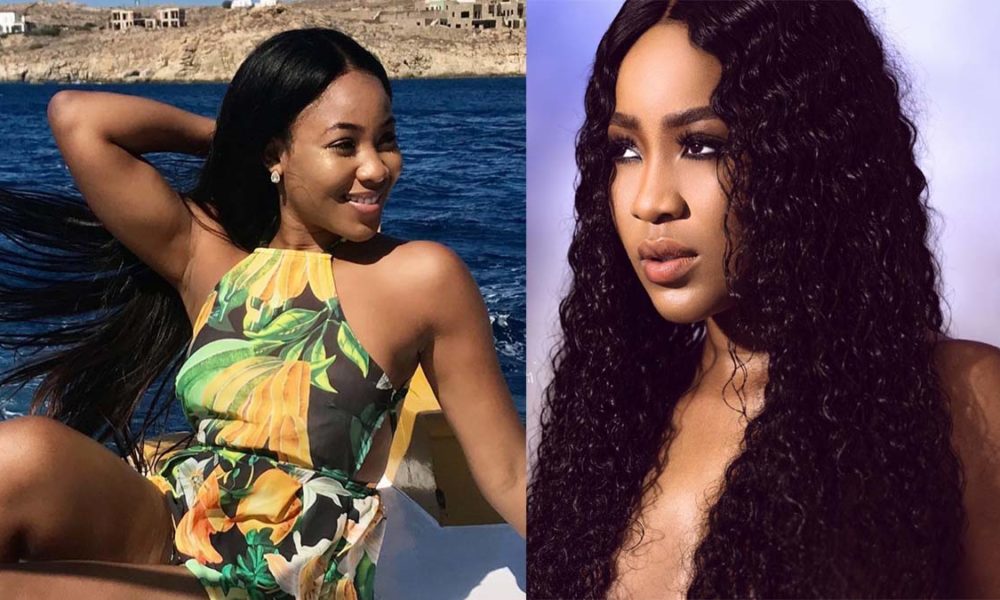 Disqualified BBNaija housemate, Erica has finally appeared online after being disqualified from the reality show.

Recall that the actress was disqualified on Sunday after she got a third strike for violence, bullying and disobeying Biggie’s house rules.

While others praised Biggie for the decision, Erica’s fans set up a Gofundme account with a target of $100,000 to appease the disqualified reality star.

Erica who was denied interviews from the organisers of the show took to her Instagram page on Monday to thank her fans for their support.

In a post shared on her Instagram story, Erica was seen in a black dress surrounded by bodyguards.

Alongside her picture, she wrote; “Love you all Erica Elites. Thank you for your unwavering support. Star girl Erica!

Meanwhile, Kiddwaya who is Erica’s love interest has told Laycon that Erica would eventually forgive him. 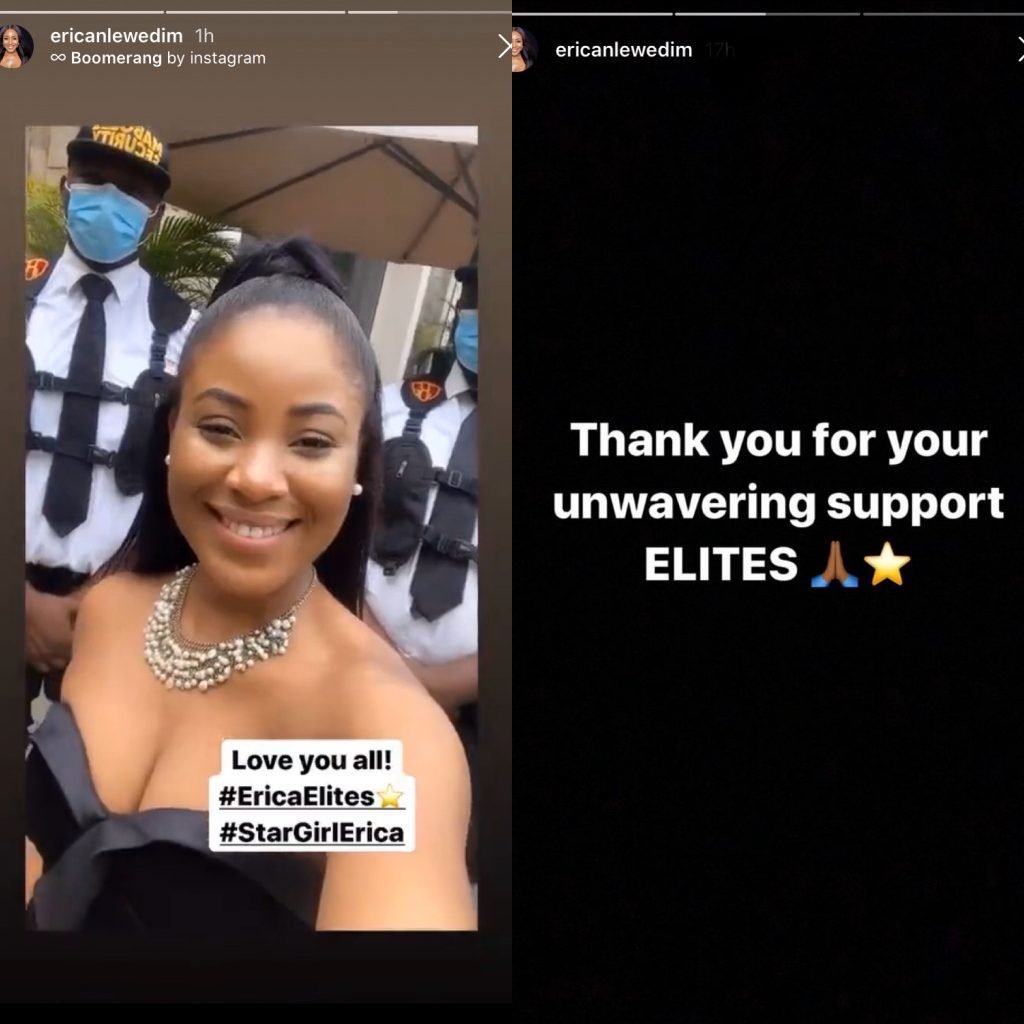