BBNaija: I want a man like Ozo because he won’t cheat on me– Ex-Housemate Uriel Oputa Cries Out 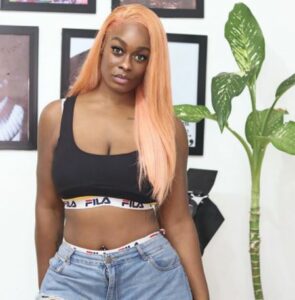 According to her deep down she wants a man like Ozo because he would be dedicated to her and not cheat.

She also added that she would have peace of mind as she is done with bad boys.Her post read, “Truth be told deep down I want a man like Ozo. Dedicated.. plus he won’t cheat ”Peace of mind. Opor!!! I’m done with Bad boys. This wine eh I’m in lulu land.”

After the Sunday night eviction that saw Prince and Kiddwaya exit the BBNaija house, Ozo has revealed that he has decided to be focused and stay on his own for the remaining two weeks in the house.