#BBNaija: Kaisha and her family rock Igbo attires to her homecoming party (video) 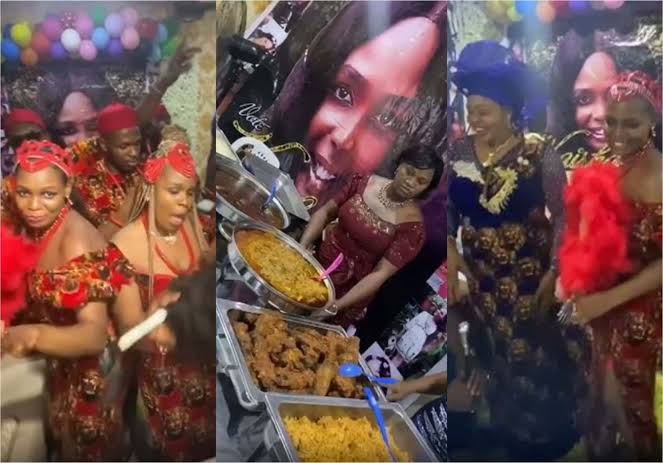 The reality TV star also expressed her gratitude to her fanbase for organizing a party to celebrate her return.

Kaisha, who is half Igbo and Yoruba, became the fifth housemate to be evicted from the Big Brother Naija show.

In the video, the reality TV star and her family rocked traditional Igbo attires as they attended the homecoming party.

Sharing the video from the event, the reality TV star wrote;

“Thank you for loving us

Kaishans Thank You So Much For Celebrating With My Mum & I. My Homecoming Very Lit After party still litty!”

Thank you for loving us 🙏❤️ . #Kaishans Thank You So Much For Celebrating With My Mum & I🥰 My Homecoming Was Very Lit 💃🏻💃🏻💃🏻After party still litty! #homecoming2020 #bellanaijaweddings #asoebistyles #bbnaijalockdown2020 #fashionandstyle #kaisha #igboamaka #ndiigbo #coralbeads #happybirthdaymom #royalty #lolo

#BBNaija: Prince went for Tolanibaj because he couldn’t have Nengi and Wathoni – Vee reveals