#BBNaija: See how actress, Queen Nwokoye reacted when a follower prayed that her son will be like Ozo 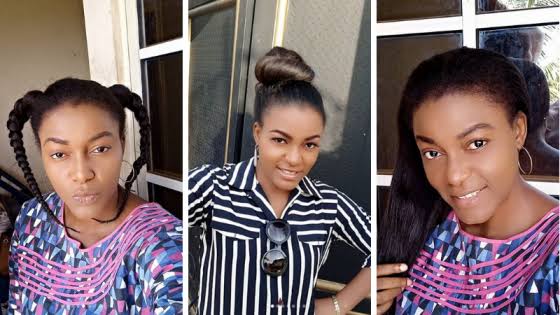 Nollywood actress Queen Nwokoye reacted to a statement by a man who prayed that her son will be like BBNaija’s Ozo.

Taking to twitter handle, She stated that people no longer value courtship but prefer quickies.

She tweeted: ” The only thing I have realised from the Ozo and Nengi bashing is that alot of people don’t value courtship aka chasing. They love quickies. Chasing was what made toasting fun and relationships strong back in the days but indomie generation won’t understand.“

However, a fan identified as Remy replied the actress after supporting the evicted BBNaija housemate, Ozo.

May your son be like Ozo in Jesus name.

Your parents should be ashamed of you wherever the are. The failed in the areas of home training. 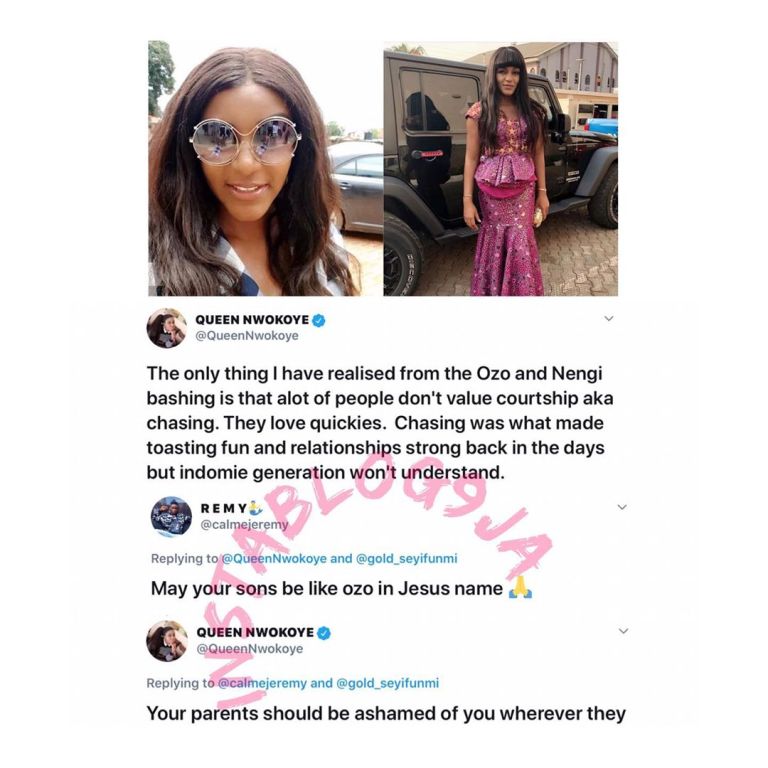 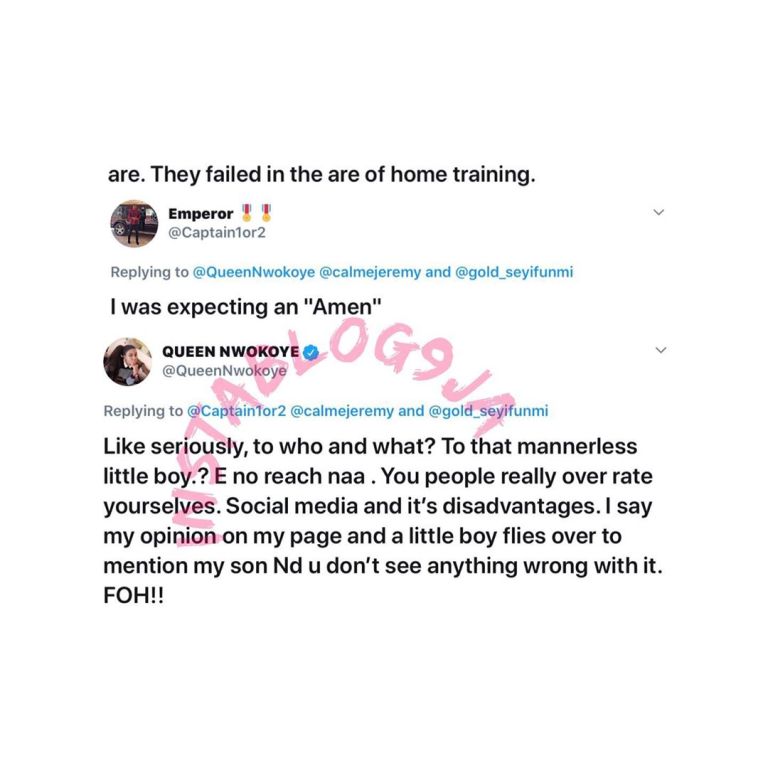