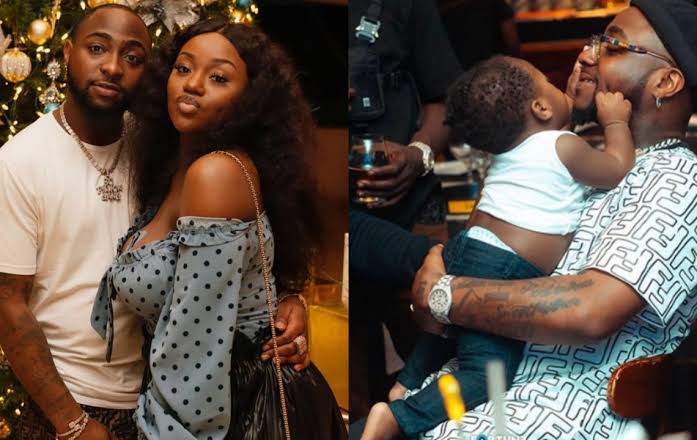 Multiple award winning singer, Davido has finally shared a photo he took with his only son, Ifeanyi on his Instagram page.

Captioning the picture, the father of three wrote “Junior”.

Recall that since the birth of Ifeanyi about a year ago, his parents, Davido and Chioma have refused to reveal his identity.

Although the baby has both Davido and Chioma’s skin colour but its difficult to say who the boy looks like between the his father and mother because his face is yet to be unveiled to the public.

See their picture below;

#BBNaija: Nengi liked me, Ozo saw me as a threat – Kiddwaya (Video)

#BBNaija: I’m coming for you, Eric can’t stop me – Laycon tells Lilo as he expresses doubt of surviving eviction on Sunday