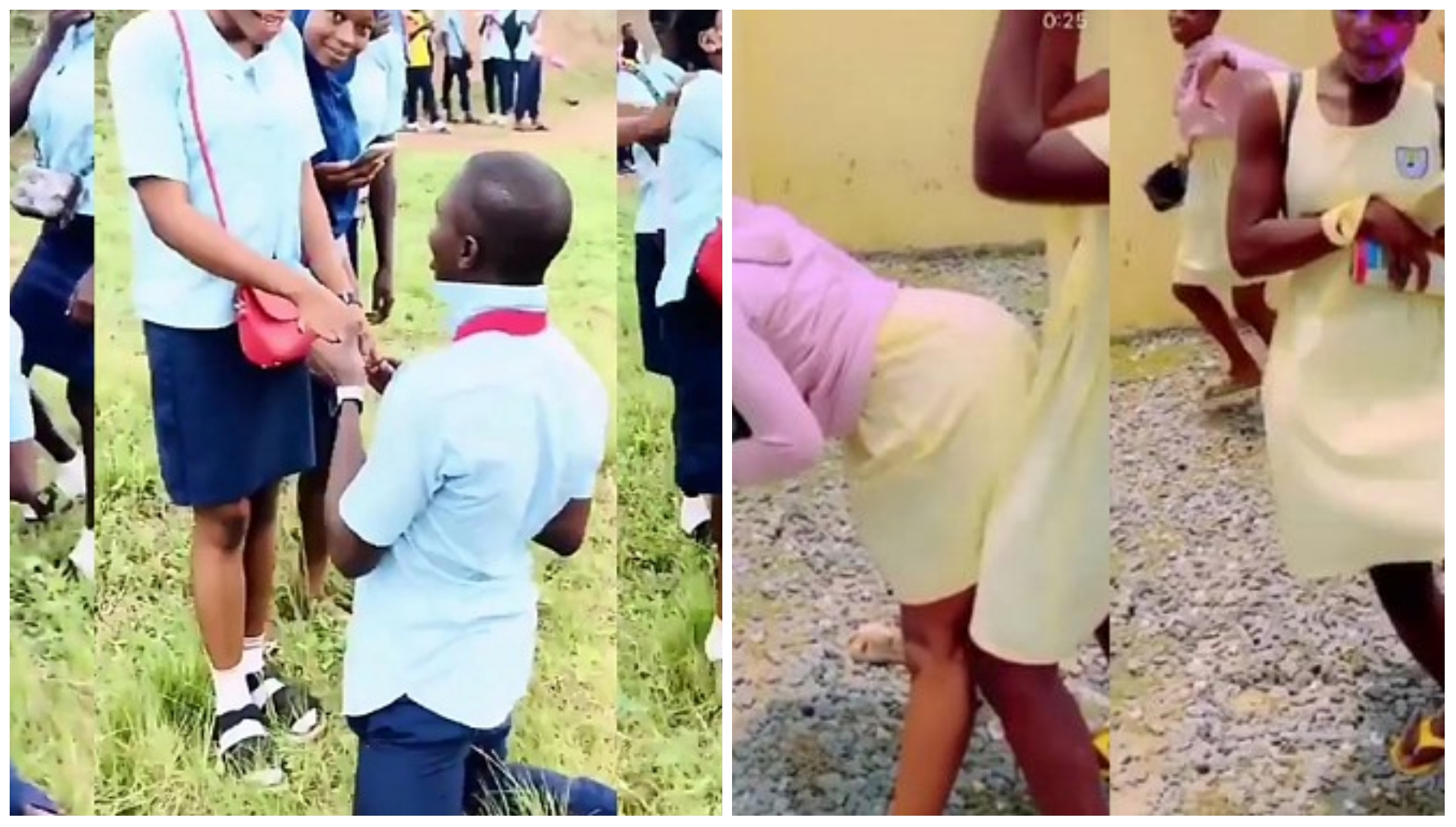 As WAEC examinations come to an end, SS3 students have been celebrating their latest achievement even though the results are yet to be out.

In the trending video, the students were seen dancing excited while the females particularly decided to showoff their twerking skills.

Reactions as Nigerian man says there is nobody that can tell…

In another viral reports, a lover boy after the exam pulled up from behind and proposed to a female class mate.

In the video, some female students were strolling when a male student came from behind, tapped his heartthrob and went down on his knees immediately she turned.

While on his knees, he then brought out what appeared to be a ring and engaged her while she screamed away in the euphoric stupor of love and excitement.

BBNaija: Ozo retraces footsteps as he ignores Nengi to interact with “his bestie” Dorathy (Video)