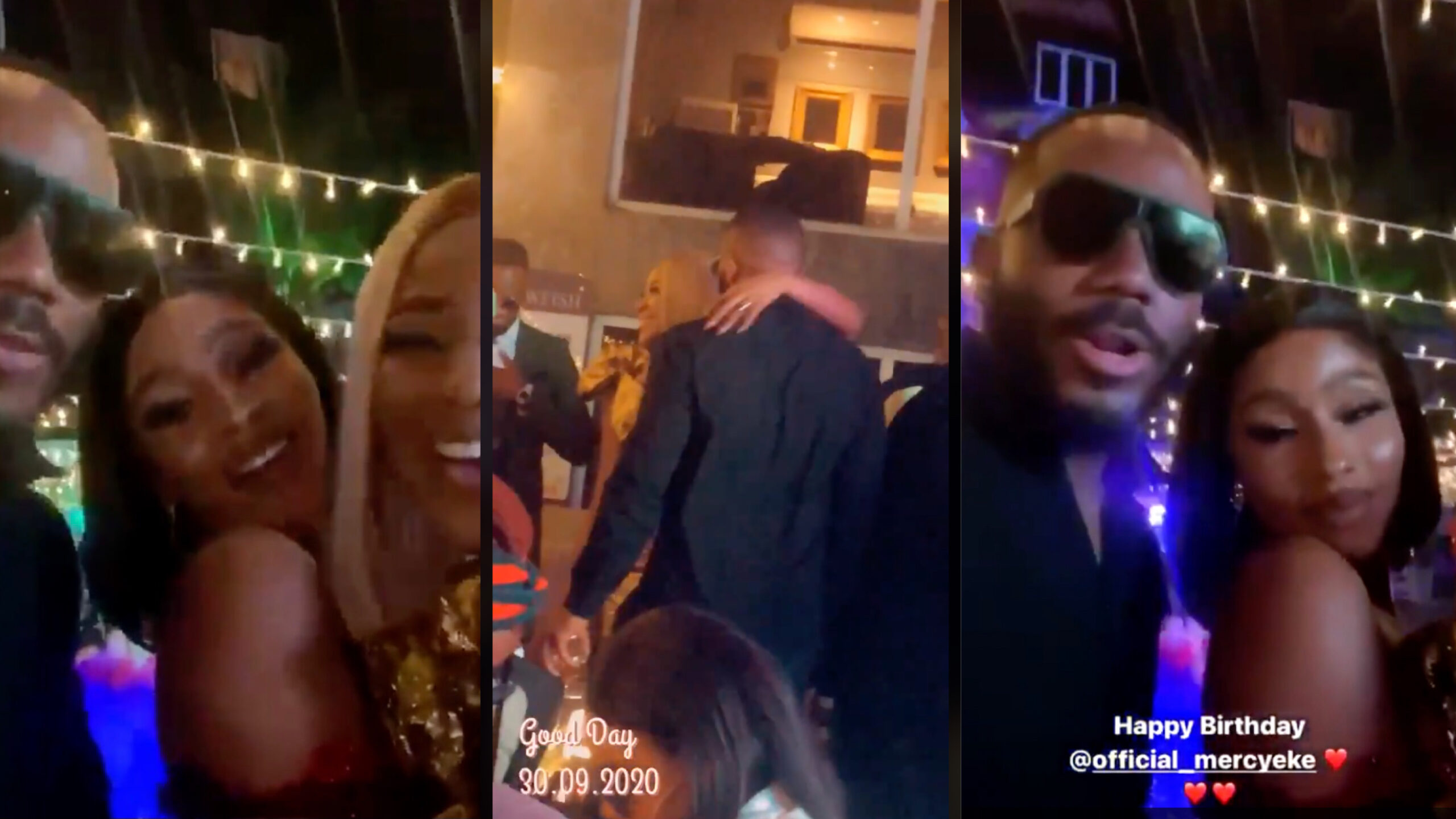 The “lovers” who were spotted on the same ride, arrived at the party on time, and exchanged pleasantries with the excited celebrant. Practically, everyone in the room had eyes on them as they almost stole the night from the main celebrant.

The chemistry between Erica and Kidd. How they’re always subconsciously reaching out for each other, the light touches, the almost imperceptible glances, he protectiveness -All only leads to the fact that the duo are highly attracted to each other even tho things are not official yet.

Speaking with BBNaija host, Ebuka, Kiddwaya said Erica is more than a friend and he would not want to lose her.

“Erica is more than a friend. She has my back, I don’t know if what we have is relationship or friendship. I do not know what I am open to yet. I just know I don’t want to lose her.”

Watch video of the lovebirds below;