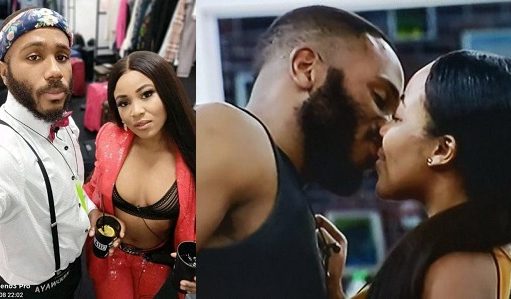 Former Big Brother Naija housemates and love interests, Erica and Kiddwaya have given their fans something worthwhile to hold on to as they flirt with each other on social media.

This came after Kiddwaya had congratulated Erica on her management deal with Paul Okoye’s Upfront & Personal/One Africa Global.

Kidd had earlier called on his social media followers to celebrate Eric on her new feat. In reaction to his comments, Erica cheekily called him a Peanut Head with the heart Emoji. It doesn’t end there! Kiddwaya also returned the gesture by calling her “Palmwine nose’ 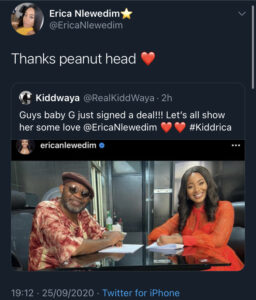 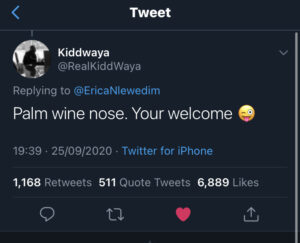 During the unveiling, Erica promised her fans to watch out fo something big. She wrote:

“Signed, sealed and slaying! We are happy to be part of the UPGMC and OneAfricaGlobal Management family. This is the start of an amazing relationship. Watch this space!!!“

BBNaija 2020: Dorathy faces accusations as photo of her doing the unwarranted in the box room emerges(photo)