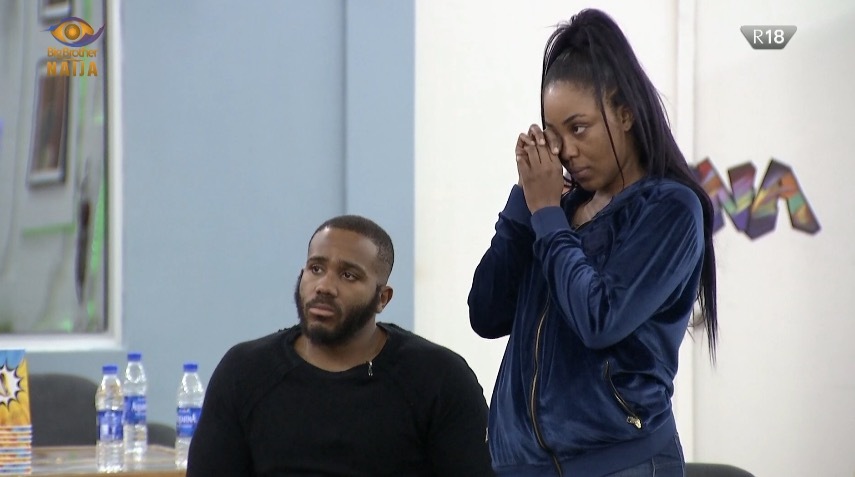 Erica was issued a third strike which amounts to automatic disqualification of the housemate. Biggie while addressing the house before the eviction show on Sunday, listed out the rules broken by Erica:

Nengi And Erica’s Fans Drag Themselves To The Gutters…

Disrespecting the Head Of House Lounge

Harassing, threatening, and issuing death threats to the lives of housemates in the house.

Biggie played the video on Sunday night, and highlighted all the rules she broke due to her tantrums last night.

“Your action demonstrated disrespect for Biggie house rules despite the responsibility as Head of house to lead by example,” Biggie said.

Meanwhile, , Kiddwaya has told Erica that he might find it hard to forgive her if she gets disqualified from the house. He made this known during one of their conversations on Sunday afternoon. Read more: ‘if you get disqualified, it will be hard for me to forgive you’ – Kiddwaya tells Erica

BBNaija: Nengi now has Kiddwaya all to herself – Nigerians react to Erica’s disqualification