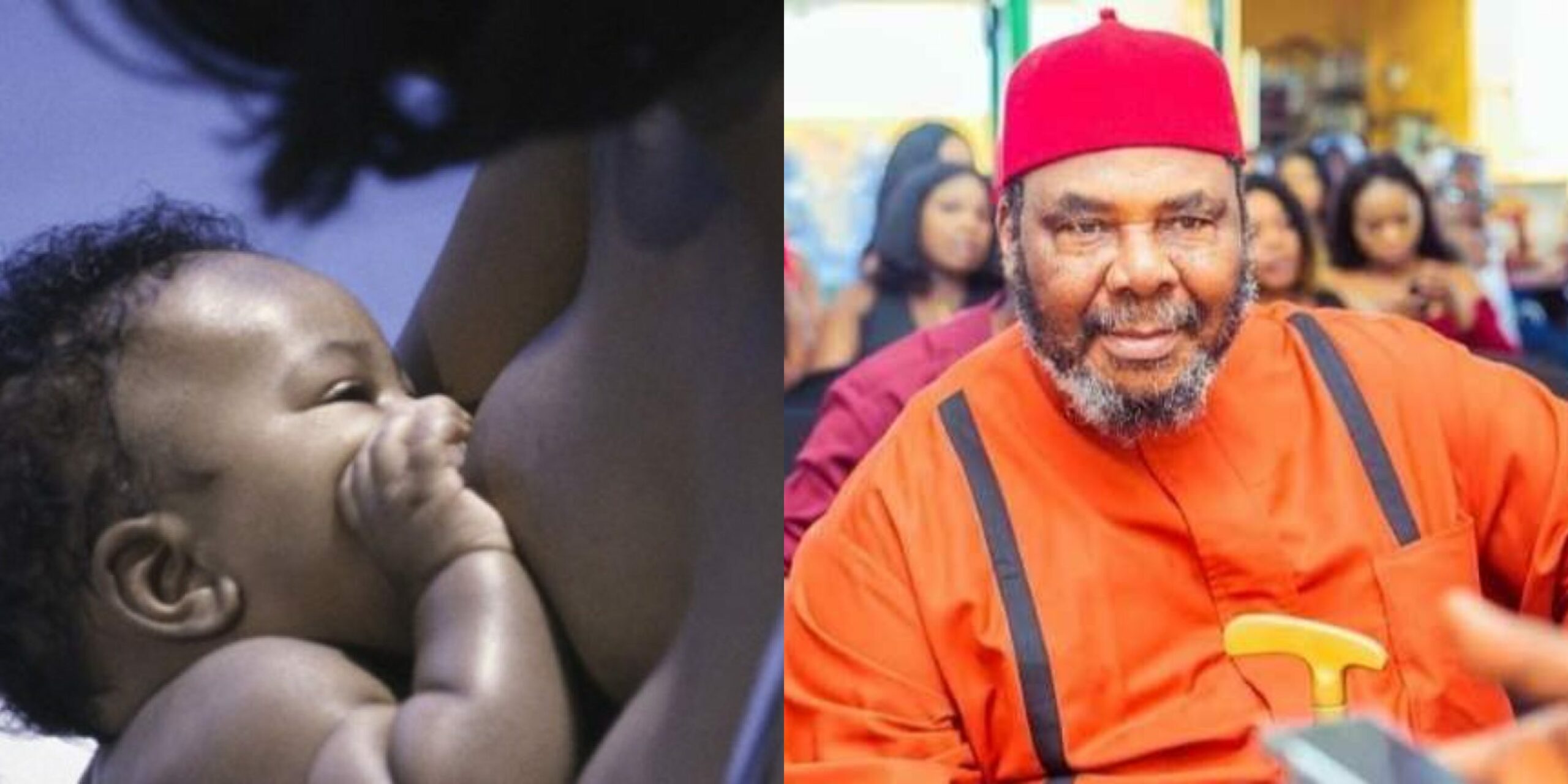 Nollywood veteran, Pete Edochie has expressed his disappointment over the rate at which Nollywood marriages fail of late.

The actor stated that every time he hears of another Nollywood actress whose marriage has crashed, it saddens his soul.

Edochie made this known in a recent interview with Nollywood actress, Ada Karl.

The interview was themed “staying married in Nollywood”.

The thespian stated that most of these actresses with failed marriages are close to him as they have acted as his daughters in movies at one point in time.

He advised women on how to keep their marriages and also faulted their common belief that their breasts would sag if they breastfeed their children.

Edochie said that it is the natural course of life for a woman’s breasts to be flattened once she starts breastfeeding. So rather than be afraid of it, they should embrace it as a part of womanhood.

“Those breasts are for your children. Let them flatten it. its not going to be firm forever no. It’s going to drop along the line. Make use of it while you can. You can’t be an actress forever.” he said.

He then praised and applauded actresses, Mercy Johnson, Chioma Akpota and Chacha Faani Eke and asked other Nollywood actresses to emulate them for putting their families first before their movie career.