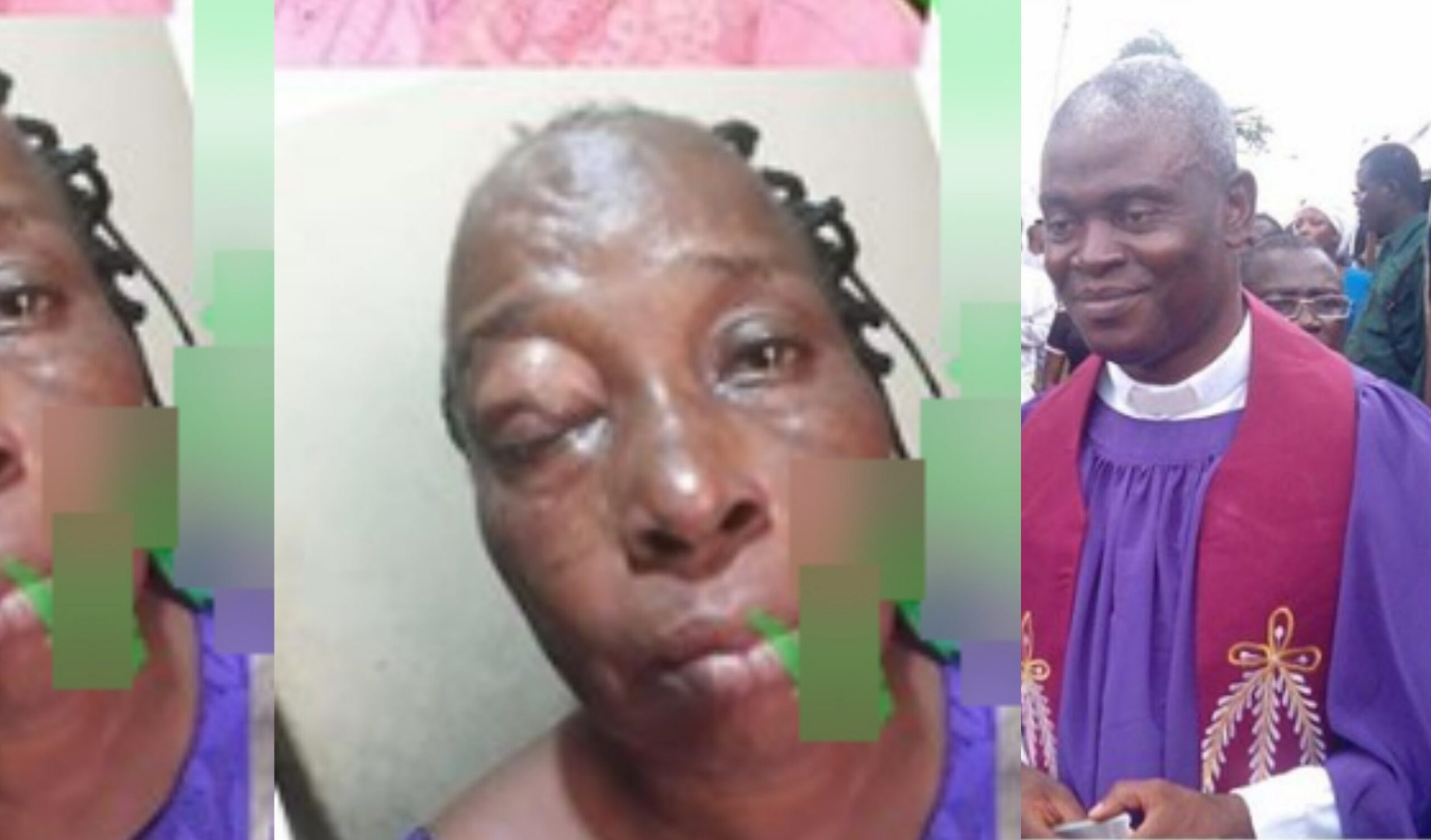 Popular Nigerian pastor, Adewale Arowosegbe who was accused days ago of allegedly beating up his wife of 20 years to stupor has denied the allegation and threatened to drag blogger to court.

A popular Instagram gossip blog reported days ago that the pastor who is also a senior Lecturer at Lagos Polytechnic Main Campus turned his wife, Fadeke Arowosegbe into a punching bag. 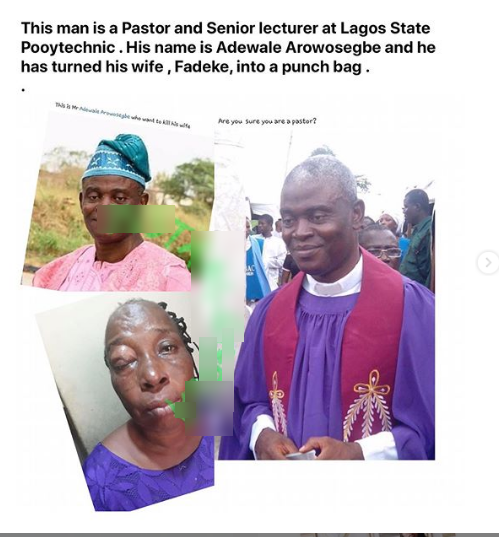 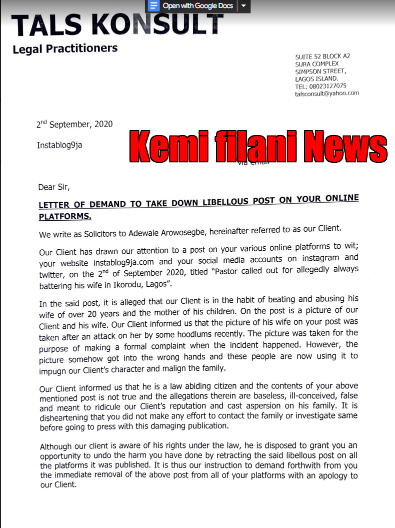 In a conversation with a correspondent of a reputable news platform, Kemi Filani News, one of their daughters, Precious Arowosegbe claimed that her mother was attacked by another person and the photo of her swollen face which was initially taken as evidence got into the hands of their uncle who twisted the whole story.

“This happened three weeks ago. My mom had an argument with this thug (Dare) that smokes at the front of her shop.The whole thing escalated and he started punching her until her nose was bleeding and unconscious.

“He fled but was captured later.My uncle has always had this fight with my dad and mom (a family issue which I can’t discuss here) but I never knew that he would stoop so low to copying pictures from my dad’s Facebook and a three weeks old picture of a swollen face.”

“My mom is so devastated about everything now and my dad is in danger of losing his job because of a false accusation. This is false and we the children are the one with the stigma.