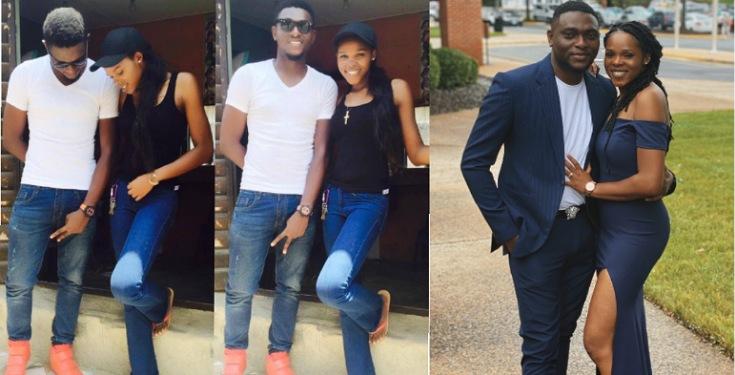 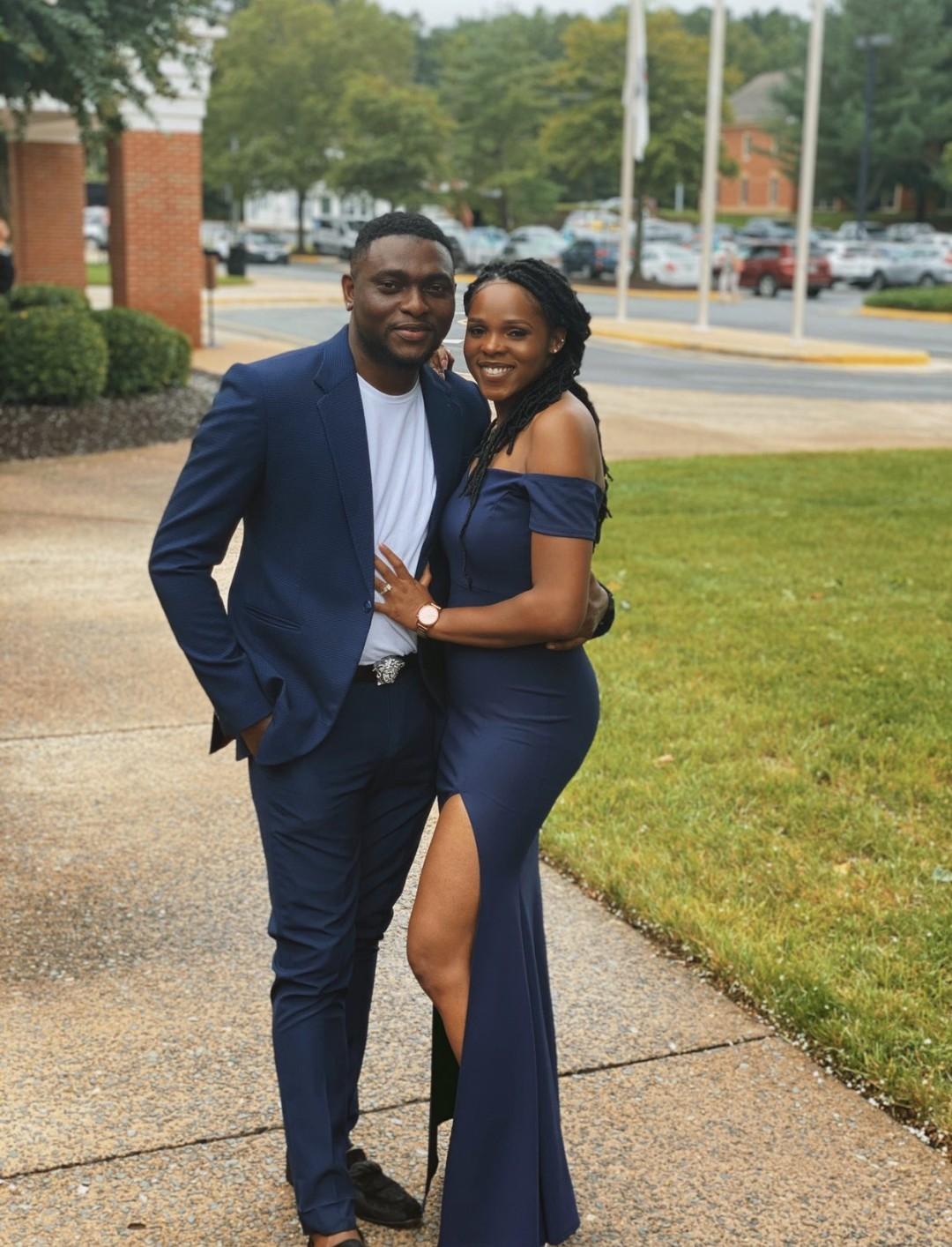 Sharing his heartwarming story via Twitter, King Millie recounted how his wife met him when he was still an orange seller and admired his method of peeling oranges.

They became close friends since then and just recently, they finally sealed their friendship with a mind blowing wedding ceremony.

“As a child, I was an orange seller, this girl thought I peeled the oranges nicely , she sat down and we became friends. Today I married my childhood best friend.” 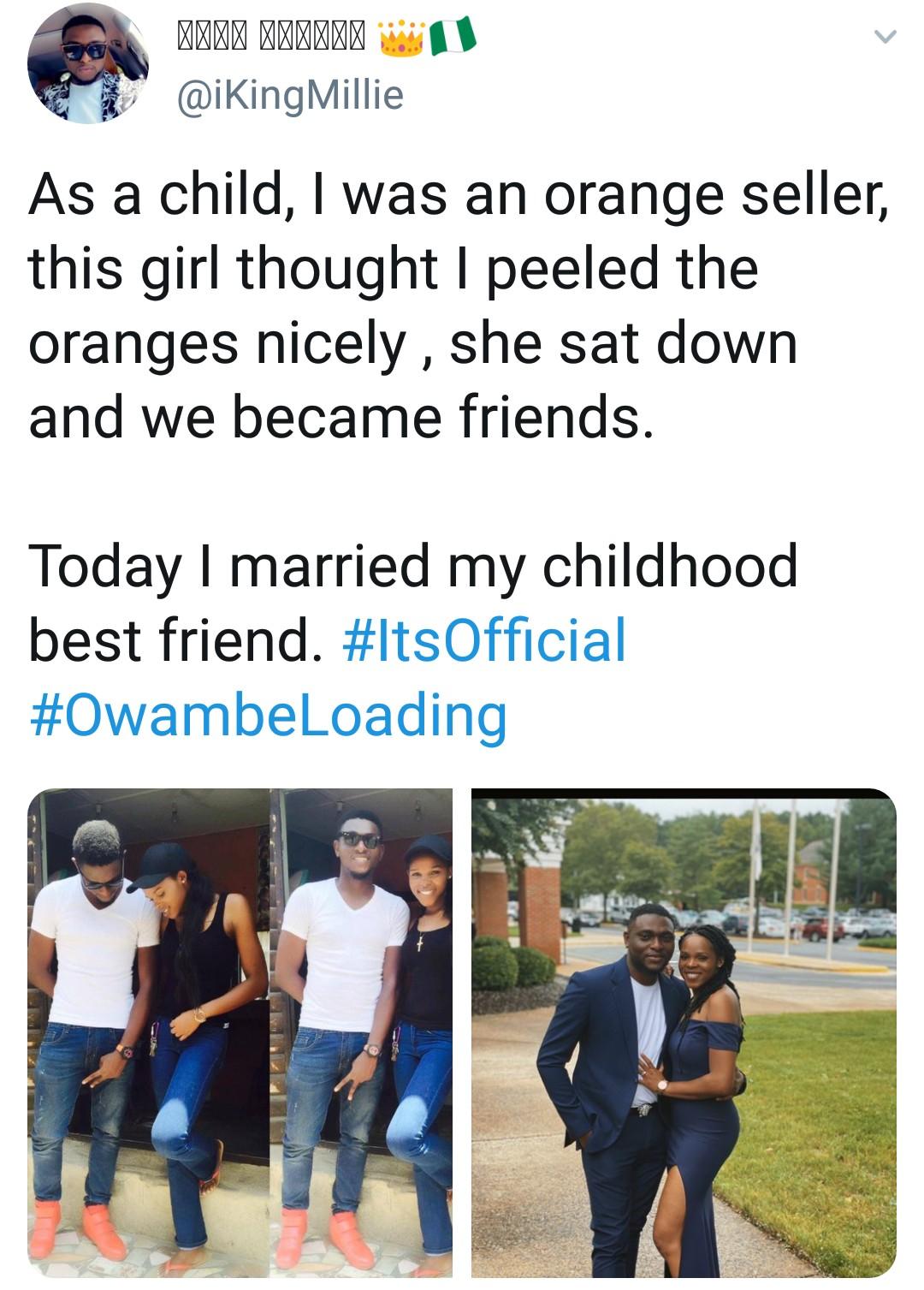