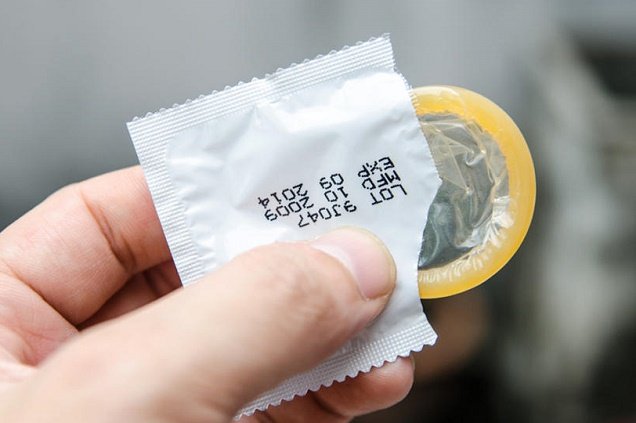 A Nigerian man has disclosed that his uncle is on edge of divorcing his wife after condoms were found during an attempt to unearth what was preventing a toilet in their home from functioning properly.

The unidentified man made this known via popular forum Nairaland (see post here.)

According to him, trouble started when the family started having issues with flushing the toilet.

Do you love having s*x without condom? 10 early signs you…

The condom mistakes you’re making that you need to avoid…

He said that his uncle, 44, had engaged the service of a plumber with a view to ascertaining the actual problem.

He added that to the family’s dismay, the plumber had revealed that it was a condom that was blocking the toilet.

He explained that several condoms were further discovered in the process with one of them “still fresh with some sperms inside.”

The development, the man said, has since birthed a tense atmosphere in the family, with his uncle accusing his wife, 34, of indulging in extra-marital affair.

He added that his uncle’s anger was informed by the fact that he had never used a condom on his wife since he married her.

“My uncle is 44 and his wife is 34 with one kid (girl) they just celebrated 2 years anniversary. My uncle spend most of the time at the shop,” he wrote.

“He sells spare parts and automobile, he never knew and will never believe that his wife brings another man home (who she has once introduced to me as his cousin).

“Two weeks now we have been finding it hard to flush toilet because the water is moving …. My uncle called a plumber yesterday, the plumber had to call my uncle to show him what the problem is.. To our surprise it’s a condom and one of them is still fresh with some sperm inside…

“My uncle was surprised because he said he never used it on her since they got married … he just built the house which is not even up to one year… Now their marriage is on the line of collapsing.”

Moments after getting a hold of her phone, Erica unfollows Kiddwaya on Instagram

Davido’s FEM hits over a million views within 9 hours; is the song a diss at Burna Boy?