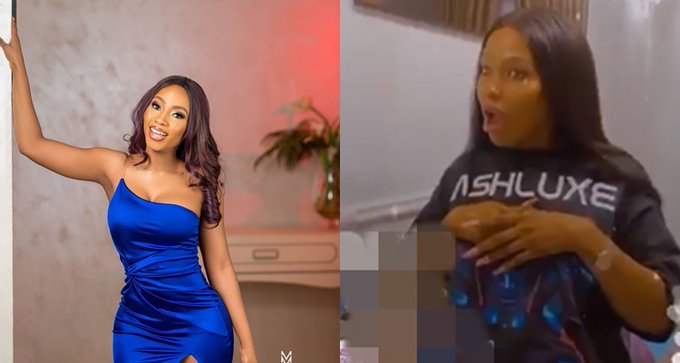 As BBNaija 2019 winner, Mercy Eke celebrates her 27th birthday today, a video has surfaced online which showed her fans also known as mercenaries surprised her with two plots of land situated in Lekki, Lagos State.

The fans could be seen handing her document of ownership as they scream ”this is not audio.”

Earlier, she gifted herself a brand new Range Rover, Mercy disclosed that she had always wanted to own a range rover velar adding that she wanted it so badly that she couldn’t think of a better way to spoil herself on her birthday. And later on, her lover, Ike gave her $10,000 cash gift.

Send me money – Mercy Eke says as she goes spiritual…

Watch the moment she received the land documents from the representative of her fans.

Mercenaries gifted MERCY with two plots of land in Lekki. God will bless you all… #HBDMercyEke #GlobalLamboDay #QueenOfHighlights

BBNaija: I’ve to focus on my career for now – Erica opens up on relationship with Kiddwaya (video)