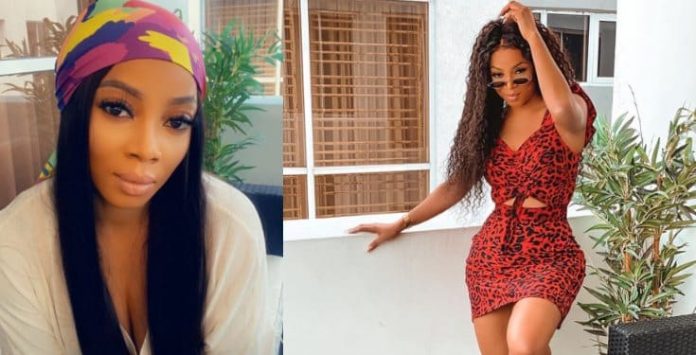 Controversial Nigerian media personality, Toke Makinwa has said a prayer for all mothers and their sons as she prayed all women will find a woman like them as their wife.

The 35-year-old divorced wife said this prayer in reaction to a tweet a fellow made and according to the Instagram celebrity, her son will be lucky to marry someone like her.

“Dear woman, may all your sons marry the exact kind of woman you are. Amen

“Amen!!! My on will be lucky to marry a woman like me tbh, they don’t make them like me no more”

BBNaija: Evicted Housemates reunite as they get ready for tonight’s party with top 5 finalists (Video)