Nigerians drag Erica for not wearing a bra during her visit to the founder of Ovation Magazine, Dele Momodu and his family (Video)

Video of disqualified BBNaija Lockdown housemate visiting the CEO of Ovation magazine, Dele Momodu and his family “without bra” has started making waves on the internet and Nigerians are not keeping quiet about it.

In the video, Erica is seen dining with the veteran journalist’s family in their home and wore smiles as she conversed and had a good time with them. 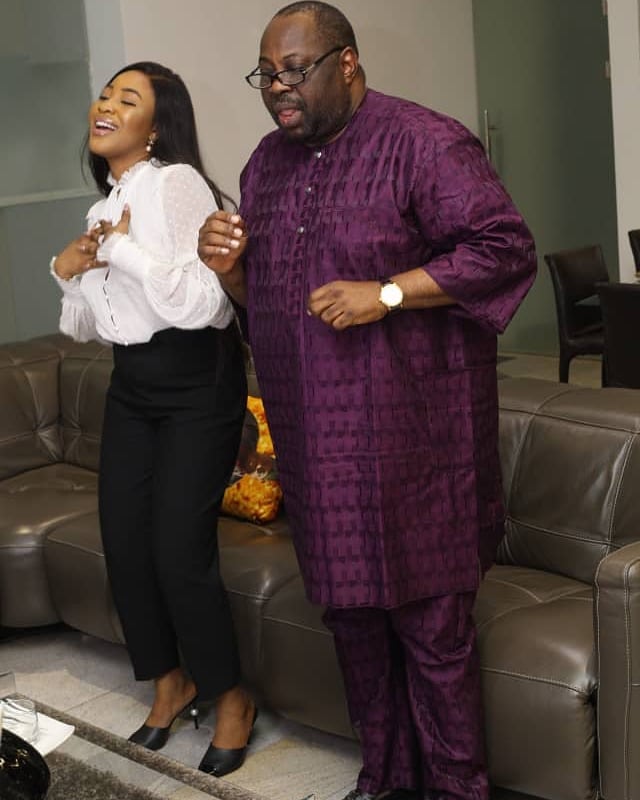 However, observers have noticed nd pointed outthat the actress didn’t don a bra during her visit to the married man’s house and this has caused a stir on social media with many dragging her over supposed “insensitivity”.

Particular about Dele Momodu being a married man, a lot of people were appalled with Erica’s disregard for his status and appearing at his home so loosely… without underwear.

Recall that after her disqualification, Dele Momodu made it known that that he has plans for Erica. According to the Founder of Ovation magazine, he is with Erica during her trying times and already making plans for her.