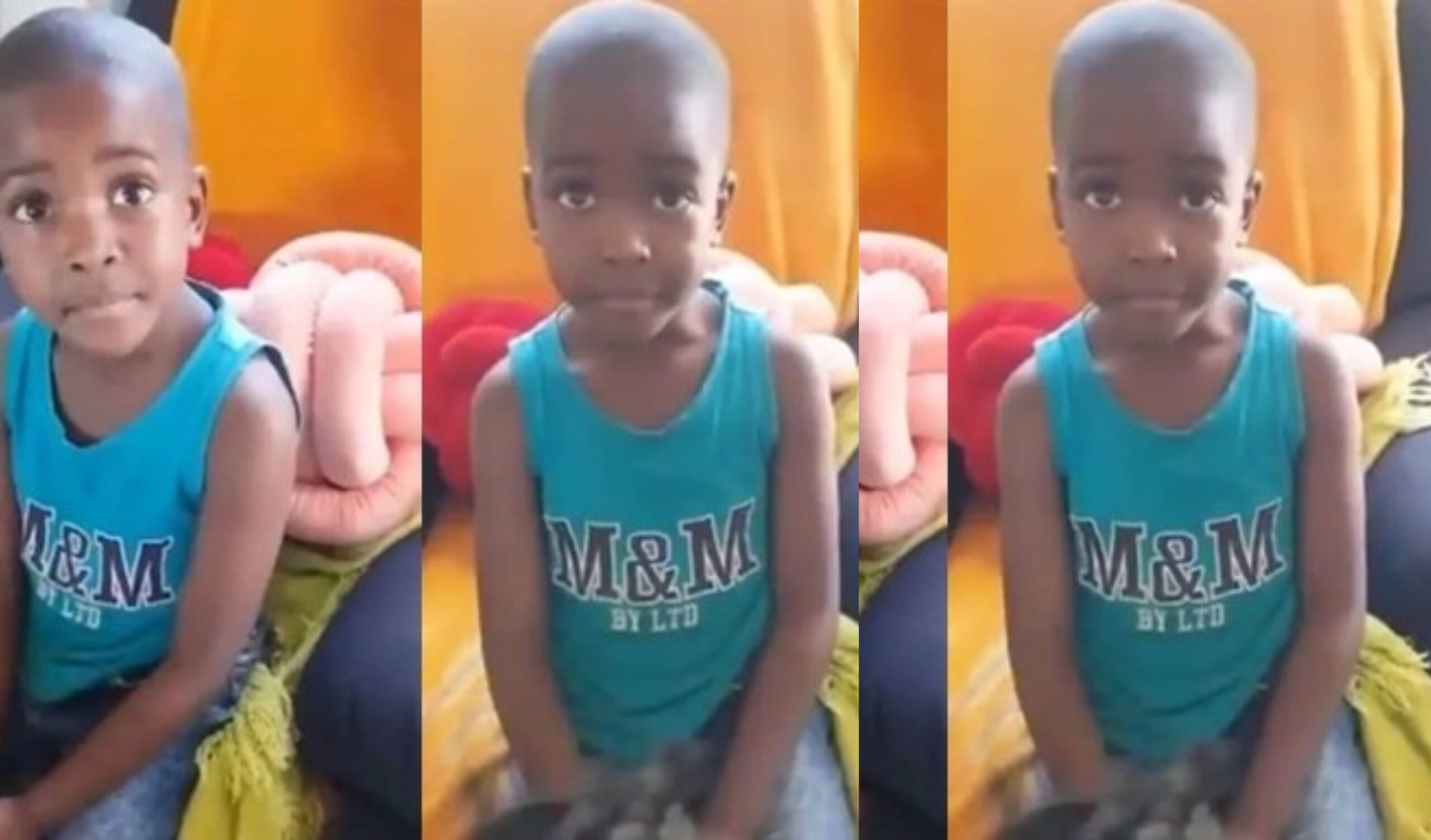 A young lad experienced his first heartbreak and unlike his agemates who are yet to understand the concept of a relationship, the little man decided to open up about the situation to his mum.

In a video that’s now serving rounds on the internet, the little boy was filmed by his mother as he narrated how his girlfriend broke his heart.

Twitter user, @aypee_madicks shared the video which showed the lad revealing he was dumped for someone else.

Mum, you see that girl that I used to love. She broke up with me. She likes the new boy now,” he could be heard telling his mum.

Showing support to him, the mother then asked her son if he was okay, to which he simply responded by shaking his head.

She went further by asking if he spoke to the girl and the boy said: “She says she doesn’t love me any more.”

He made me emotional 😢 😭 🤧. His first heartbreak. pic.twitter.com/VAGaUVSApX

@romanciaga : “I’m glad the young king has a mom who lets him cry, healthy expression of his hurt and disappointment. Good job mama.”

@marlonizzle : “Just thought about the problems I faced when I was his age. Umjolo was nowhere near my issues. The young King is gonna bounce back.”

@PitsiAfrica : “Continue to nurture this relationship, him being open up with you. Yazi we cried in our rooms whilst our moms shouted us cze dishes needed to be washed, and couldn’t tell them we are not okay…”

The supportive mother later shared an update, revealing her little man is healing following his heartbreak.

Nollywood actress, Khayara defends herself after sharing her unclad photos on social media

“I am human and bound to make mistakes”- Disqualified housemate, Erica Nlewedim officially tenders apology to Nigerians in a new video