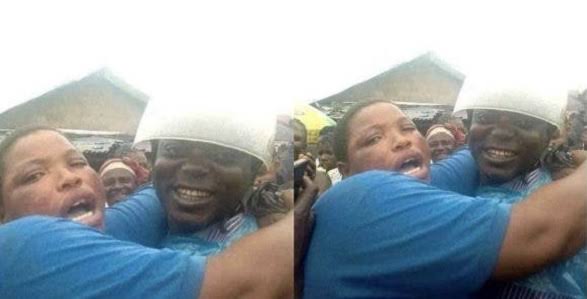 A motorcyclist “okada man” in the Oghara area of Delta state returned a bag containing N700,000 belonging to a woman he’d carried to the market.

According to a Facebook user who narrated the incident, the okada man noticed that the woman dropped something when she was entering the market.

As a morally upright man, he picked up the bag and searched for the lady in the market, who in the meanwhile, was already looking for the bag.

The report has gone viral on social media.

Me while the woman don notice say her money lost, she don dey cry her eyes out for the market nai the okada man find her go the market con hand over the money to the woman

Na thing joy for the market since

Kudos to the bike man

A businesswoman also showered praises on him saying;

“He has a heart of gold to have left his bike to go look for the woman and return back her money. At a time many of us will say God has answered my prayers, an ordinary okada man returned such a huge sum to the owner, may God reward him”, the trader said emotionally.

#BBNaija: I’m the man Ozo wants to be, no housemate is up to my level – Kiddwaya