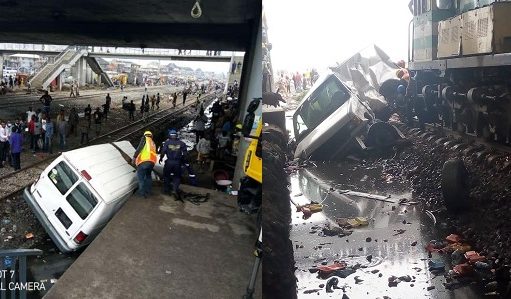 Many passengers narrowly escaped death in Lagos on Monday when a bus rammed into a moving train in the Oshodi area of the state. 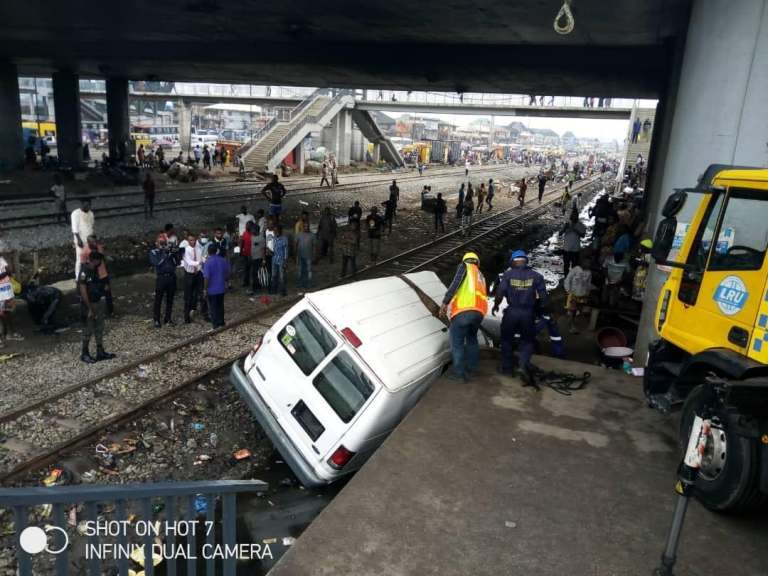 The Director-General of Lagos State Emergency Management Agency Dr. Femi Oke-Osantintolu, who confirmed the incident said the situation which happened around 8.am, had been brought under control with no loss of life recorded.

Train kills over 6 people with many others injured in the…

“The agency received distress calls on the above. Upon arrival at the scene, it was discovered that a passenger bus with registration number GGE 972 GE, had veered onto the train tracks while crossing the rail at PWD inward Oshodi, Lagos.

“The bus was then dragged along for a stretch of the journey before the train managed to come to a complete halt.

“Subsequently, the agency was able to successfully extricate the passengers and note that there was no loss of life.”

“A train ran into a Volkswagen T4 bus at the ARENA crossing, pushing it to Oshodi U-bridge. Onlookers causing more harm than good. Men on ground, Necessary Agencies.”

Nigerian student, Caleb Obari, missing after a yacht party, has been found dead in Ukraine