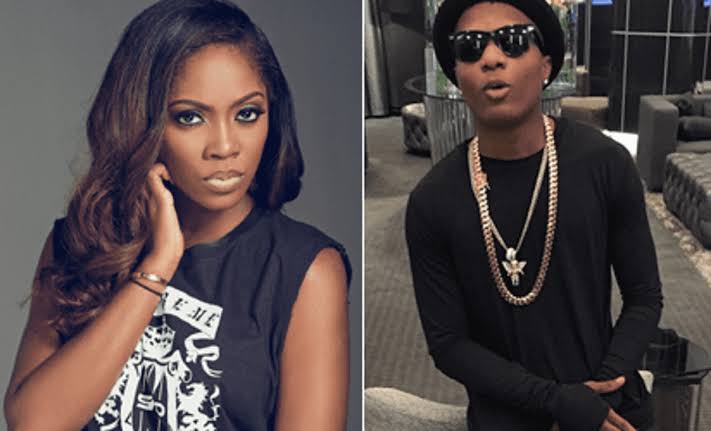 Nigerian female artiste, Tiwa Savage has been trending on social media over a statement she made via her Twitter handle.

Tiwa Savage had dropped a video from the celebration of her album, Celia and captioned it with appreciation to Davido, Naira Marley, and DJ Spinall, who she said support women.

However, considering the once upon closeness she had with Ayo Wizkid Balogun, some fans of the Star Boy had expected his name to be listed among the men she was talking about.

Nigerians especially Wizkid fans however, took to their Twitter handles to react.

@wizkidayo dosent support you anymore or what?

Please someone should clear me asap with this whole drama??

Your most streamed song on spotify, na wizkid do d charity work. He even took u to 02 twice, u won Ema Award through d help of @wizkidayo. Isn't that obvious you're licking ass? From @wizkidayo @Zlatan_Ibile @davido, you're confused and frustrated 🤣🤣🤣🤣🤣🤣

It should be only davidos name up there cause without his little effort,your album wld have bn much more dead on arrival 😂stop using him for clout he won’t have your time like Wizkid did🤣aunty tiwa garbage

#BBNaija: If I were a boy I would be a serial cheat – Wathoni (Video)