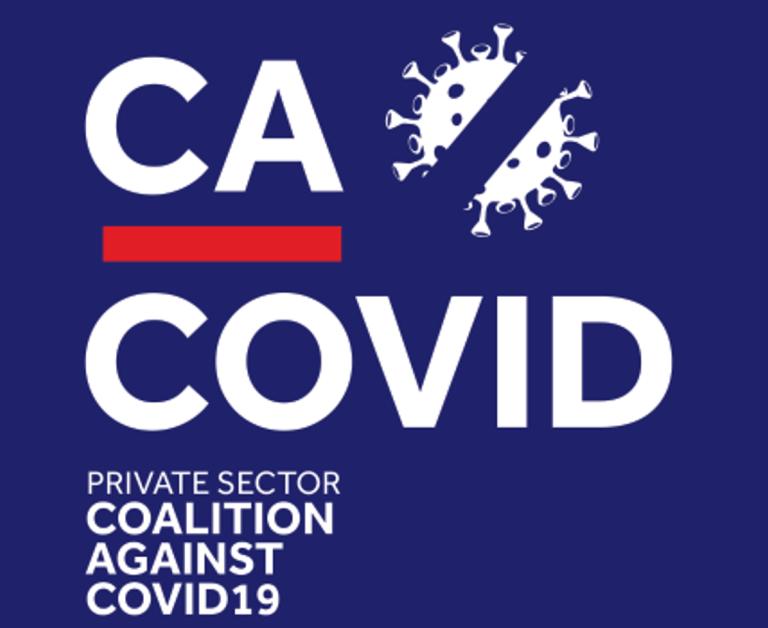 The private sector-led coalition against COVID-19 (CACOVID) has explained that the delay in the distribution of relief items was due to logistics, PM News report.

According to a statement signed by Osita Nwasinobi, CACOVID explained that it decided to procure food items from the manufacturers to avoid price disruption in the market.

CACOVID said it set out to provide relief for 2 million households, which would translate to more than 10 million Nigerians.

According to CACOVID, each household is supposed to receive 10kg bag of rice, 5kg bag of garri/semolina, one carton of pasta, two cartons of noodles, 5kg of sugar and 1kg of salt adding that it worked with state governors and the minister of the federal capital territory to ensure food items reached the beneficiaries.

Nigerians have discovered warehouses of COVID-19 palliatives in Lagos, Osun and Plateau to mention a few.

“Unfortunately, the very large size of the order and the production cycle required to meet the demand caused delays in delivering the food items to states,” it explained.

It said the first set of deliveries did not start until June and the delivery has been staggered which in turn led to different distribution timelines for states.

“As of October 2020, a sizeable portion of the items had been delivered but yet to be distributed by governors,” CACOVID explained.

“Although various states and the FCT had commenced flag-off of the distribution of the food items since early August, some could not conclude the distribution as they were yet to receive complete deliveries of the items delivered to them.

“As of today, October 26, 2020, some states have confirmed completion of their distribution while others were in the process of proceeding with the distribution before these lootings took place.”

The coalition assured that it would publish the full delivery schedule and flag-off date by each state.

It also said KPMG, its external auditor, is on the verge of completing the audit of all donations as well as food and medical items procured.

CACOVID is a COVID-19 relief initiative spearheaded by the Central Bank of Nigeria in partnership with the private sector.

Lekki Massacre: The truth will be known when Buhari is no longer in government- Femi Fani Kayode

Palliative hoarding: No hope for Nigeria until politicians start going to jail – Orezi