“Civilians Are Fighting For Us, Do Not Let The Government Fool You” – Nigerian Soldier Advises Colleagues 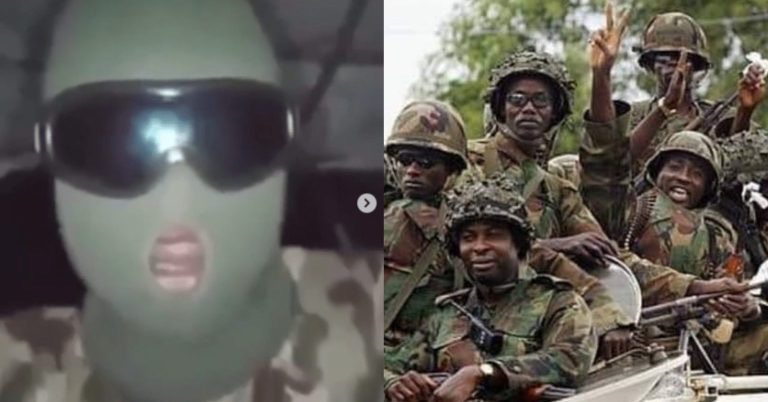 A Nigerian soldier has advised his colleagues not to be used by the government in the fight against civilians protesting against police brutality in the country.

The unidentified military officer who wore a face mask said that the civilians are fighting for them therefore they should not allow themselves to be used by the government to stop the ongoing #EndSARS protest.

He cautioned his fellow soldiers not to act foolish.

Graduate who worked as security officer while schooling,…

“My advise goes to every fellow soldier, you guys should not be fooled, don’t be used, we are the youths, the fight these civilians are fighting is our fight. Don’t let them use us. ” he said.

No man can handle you the way I do – Kiddwaya tells Erica, see her response